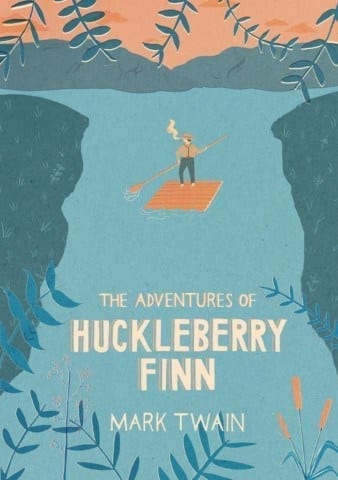 While reading Huckleberry Finn with my class, I especially noticed Huck’s father, and how he is extremely disenfranchised with the government, as well as his racism

This is shown best in his drunken rant in Chapter 6. 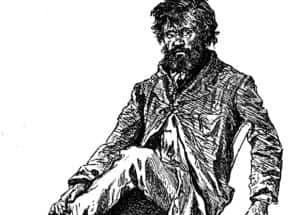 The tone of this rant is extremely anti government as well as racist. Pap feels entitled to many things from the government, and because he isn’t getting those things, he feels that the government is not serving him, and wants to leave the country. He feels like he would be one of the wealthiest men if he could get his rights. However, he then goes on to say that only whites should get those rights, and launches into a rant about how a black man can vote. He feels disenfranchised with the government due to the act that they aren’t selling someone that he views as a slave. He is blatantly racist, just like many people of his time. This also shows the seeds of the civil war. People in the south disenfranchised and unsatisfied with the government, and racist towards blacks, who they view as all slaves. And even the fact that a free man can be sold after six months is extremely racist. Just because the free man is black, doesn’t mean that you can sell him. A free man is a free man, and should be treated as fairly as any other. This shows the racism and tensions of the time, as well as the anger towards blacks. This is also a great example of how the existence of slaves held up the whole of the social system in the south. Slaves were at the bottom, with poor whites above them. This allowed whites to not feel like they were not the worst held up the whole system and prevented uprisings against the rich whites. I feel this system still exists in America of today, and people like Pap are extremely disenfranchised and want change, and this may have led to the election of Donald Trump. Many voters feel that their jobs are being lost to immigrants, and Trump harnessed those thoughts and hateful feelings in order to win. He promised to bring jobs back, and to “Make America Great Again.” However, the tariffs and trade wars would not help jobs, but would only make the whole world worse, thus making America seem great again. However, this would extremely harm immigrants and the rest of the world, and would make people dislike immigrants even more than they are disliked now.