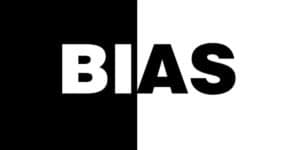 Aware of biases and working to overcome them: What do your peers think?

Ariel’s Essay Response: When Ariel starts off she addresses the issues on racism and how they effect a certain ethnic group. I think this topic is a good one because so many unseen or don’t want to be seen situations occur in places like hospitals, schools, and the justice system like mentioned.  The situations Ariel describes in her essay display how poorly African American people are treated in the medical system.  The fact that because the color of a child’s skin is dark they receive less attention when they are extremely sick is sad and degrading to doctors. I agree with Ariel and her stand on how poorly black students are treated in the education system and justice system.  It’s like they want blacks to be in poverty and not do better than them.

Jackson’s Essay Response: Jackson’ s essay is unique because he also states the pro’s of racial profiling. Although all the officers did positive were stop and ask question first before proceeding.  Like the people he mentions in his article i’m not convinced they don’t still profile people with darker colored skin. I agree with the statistics given in the essay because I have myself seen and experienced police illegaly searching others and I.  I believe if officers took a second to think before reacting they wouldn’t be labeled as bad people.  Aren’t they here to serve and protect, not kill and degrade others?

Ramblings on Prostitution Response: In this essay the writer is expressing how unsafe and illegal it is for someone to sell their body for money in return.  I strongly agree and I also believe it is degrading to women.  I wouldn’t want my wife or even my girlfriend to ever be the type of person to expose their self to such horrible situations.  Like said in the article there are physical, mental, emotional, and even medical health that are affected by one’s “profession”.  It’s sad to see that young girls leave their homes to follow a man who sell’s and beats them whenever they please.  Communities should take steps to help these young ladies and women get off the streets.