My best analysis of Shakespeare’s writing 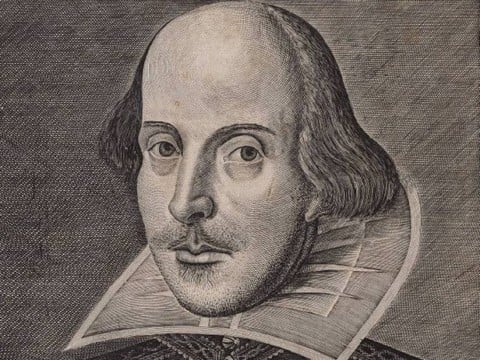 Analysis: The irony is that Bianca feels that she is a person that has morals that can be just as strong as Iago’s, but that wouldn’t be saying much because he has little to no sense of morality, considering all of the people that he has manipulated into being killed and the murder of his wife Emilia.

Quote: “[Iago] Here, stand behind this bulk, straight will he come. / Wear thy good rapier bare, and put it home. / Quick, quick! Fear nothing. I’ll be at thy elbow. / It makes us, or it mars us. Think on that, / And fix most firm thy resolution.” (Act 5.i.1-5).
Analysis: Iago is making Roderigo feel like he is actually his ally, but in reality he is only using him as a pawn and this is shown when Iago moves aside so he wouldn’t be involved in the fight between Roderigo and Cassio. Comments from Iago such as “put it home” or “Quick! Quick! Fear nothing” (While he is standing in the background, doing nothing to help Roderigo) show that he is determined to have his plan play out successfully.

Analysis: The Irony is that Iago is asking why Othello would say such a thing to Desdemona, knowing that it was himself that influenced this train of thought in Othello that caused him to behave this way. Iago says it in a tone that sounds angered as if he is opposed of Othello’s actions.

Analysis: The irony is that Iago is subtlety referencing that he is planning on having Cassio killed. Iago is basically stating that Cassio is alive, for now, until his plans come to fruition. This comment from Iago is ironically giving off a sense of slight foreshadowing of how Cassio will be the only survivor of Iago’s plans.

Quote: “[Desdemona] I will be hanged, if some eternal villain, / Some busy and insinuating rogue, / Some cogging, cozening slave, to get some office, / Have not devised this slander. I will be hanged else! / [Iago] Fie, there is no such man. It is impossible.” (Act 4.ii.135-138).

Analysis: The irony is that Desdemona has essentially spelled out Iago’s full motivations for manipulating people, when little does she know that the person she is talking about is literally right in front of her and is actually manipulating her in this moment.

My best analysis of Shakespeare’s writing by Vincent is licensed under a Creative Commons Attribution-ShareAlike 4.0 International License.