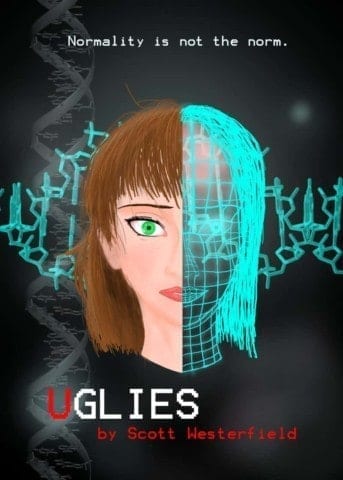 To begin, the novel Uglies connects to 2017 because of Donald Trump. In the book Uglies it is a dystopia world. In their world you are an uglie until you turn 16. When you turn 16 you get a surgery, that’s when you turn prettie. You go to pretty ville, where all you do is party and have fun. They separate Uglies and the pretties. The pretties have more rights than the uglies. They have way more privileges/Advantages.

This connects to 2017 because  Trump is separating people by titles: Immigrants and Non Immigrants. Donald trump is kicking out every Illegal Immigrant to “where they belong”.  Also in 2017 Illegal Immigrants have less rights than legal people. If you ever pass by  Legal people have access to better jobs, they are able to vote. Also they are voting for trump, why? They are illegal they are not worried about getting kicked out. Everybody in 2017 is being separated. High class, low class. By your color, where you’re coming from.

In conclusion, Uglies connects to 2017 because trump will be separating legal Immigrants and Illegal people and in the book there were separated by being and ugly or a prettie. Also connects to 2017 because in the book Uglies the pretties have more rights than the uglies. IN 2017 Legal people have more rights than Illegal immigrants.