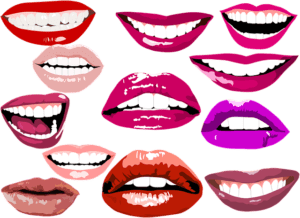 Using Gale to find information on what I was studying was somewhat difficult. At first, I wasn’t specific enough, then I was too specific. Finally, after a few tries, I found it.

I didn’t truly know what I was looking for until I read it and something clicked in my brain.

The article I found was from Science Mag, titled Self-esteem in a 2007 issue of the World of Health.

It stated that “all people have a mental picture of themselves, their strengths and weaknesses … [refered to as] self-concept or self-image.” Forming through learned experiences from birth, “self-esteem is the value judgment or degree of worth a person attributes to his or her self-image.”

Beginning in the 1980’s, the idea that self-esteem and self-image connected to how people behaved in society, performed in school, reacted to peer pressure, and interacted with others, received a great deal of attention from experts in countless fields.

“No one is born with a self-image.”

Through one’s experiences and interactions, younger children tend to develop an internal picture of themselves with a determined value. A parent’s influence on their children’s self-esteem can be catastrophic. “Supportive parental behavior, including expressing realistic, age-appropriate expectations, encouraging children to try new things, praising their efforts, and refraining from comparing a child to siblings or other children are powerful factors in the development of high self-esteem in early childhood.”

On the other hand, it can be assumed that a mother or father who criticizes themselves or their children can ultimately result with a negative effect, for example, a lower self-esteem.