How did America get so Powerful?

Home 2017 February 3 How did America get so Powerful? 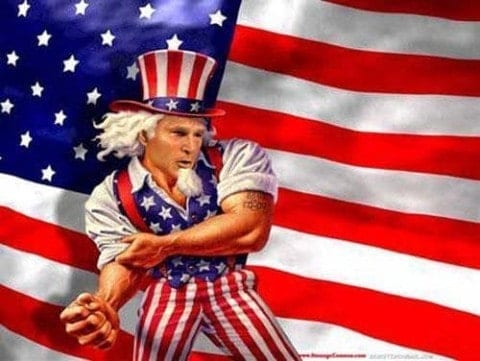 My topic is about how America became the superpower it is today. I’m interested because I wonder how our nation was able to surpass many other countries and rank so high as a superpower. I know that America only started holding the title as a superpower during the late 1800s during the age of imperialism.

America’s road to becoming a superpower started even before it became a country, originating from the desire of European Settlers during the 1600s to 1700s to grab land in North America. According to Britannica, those European settlers always had the intention to keep taking the seemingly endless land in North America for themselves. The Europeans in North America would eventually become Americans after the Revolutionary War. Between the end of the American Revolution and the Civil War, the US continued the intentions of its European ancestors in North America, being the Louisiana Purchase or the annexation of Florida. The US even showed early aggressions like the Mexican-American War to complete their dream of expansion. In the end, Americans believed god has chosen their country to grow and flourish.

Vox made a video giving a brief history of how our nation made its way to becoming a world power. Although America eventually achieved the goal of expanding “from sea to shining sea”, the American desire to expand didn’t die out as some Americans wanted to expand even further across the globe, imperialism. What really allowed further American expansion was the more centralized government that resulted from the industrial age. This allowed pro-imperialist presidents like William McKinley to put into action American imperialist policies, like going to war with Spain. The American victory in the Spanish-American War officially secured America’s status as a world power, giving the US control over territories across the globe like the Philippines, Guam, Cuba, and Puerto Rico. The US also started to get involved in abroad, like with the Open Door Policy in China. After the US help end WW2, it was the sole superpower as it was the only superpower to not suffer economic ruin from the war that was Germany, Japan, Britain, and France. America’s intervention in foreign policy rose even further after the creation of the UN and NATO. During the Cold War, US intervention in world affairs kept growing as it tried to contain communism and the Soviet Union. The result was a global system of alliances and institutions and a military of considerable size, all of which remains intact even today. Even after the Cold War, Bill Clinton and George HW Bush decided to continue dealing with global affairs.

How did America get so Powerful? by Dave is licensed under a Creative Commons Attribution-ShareAlike 4.0 International License.