The Unspoken Truth About Domestic Violence 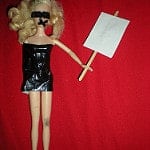 Furthermore, the society doesn’t talk about domestic violence because most individuals don’t know who to talk to or where to get help, therefore, breaking the silence with allies or education would help victims. Many families, or children, that are victims of domestic are taught to not speak of what they experienced and either no one would listen or they don’t know how to resolve the issue because they would also feel ashamed for speaking up about being abused. For example, a witness of domestic violence explained, “Like it’s really challenging for a family that’s been raised a certain way and is used to seeing domestic violence and they don’t really understand how to navigate or how to even go about it because they don’t know how or because of lack of information.”(Hernandez). The keywords in this quote are “raised a certain way”, “don’t really understand”, and “lack of information” because they describe how a victim might feel. Being abused disempowers and degrades a person’s sense of agency and power. This personality tells readers that there are victims out there that need help but don’t know where to get it. If our society wants to spread awareness or to try to stop domestic violence, there needs to be a place where those individuals can talk about it. Therefore to help individuals speak up, they need to find allies or read fiction, Leaving, to learn that it isn’t ok to contribute to the silence. Additionally, in an online article, “Even Though Domestic Violence Is Incredibly Widespread, Most Americans Don’t Talk About It” by Tara Culp-Ressler, she explains, “And when survivors of these crimes try to initiate those conversations, they’re not always well-received. Fifty-eight percent of the victims who told someone about their experience with sexual or domestic violence said that no one made an attempt to help them.”(Culp-Ressler). Even in situations where these victims actually feel safe enough to open up, they don’t even get the help they need. The victims that have been vocal about the issue don’t talk about domestic violence because they are not listened to. If an individual isn’t going to get the help they need when they speak up, there isn’t a chance they will continue to speak up. Preferably, for those victims, the city of Oakland, or any other place, can establish workshops in schools to educate children on what domestic violence is. Maybe then adolescents can educate themselves and know how to help themselves or others.