The Impact On Drug Dealing 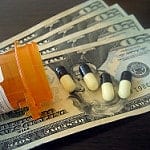 “Every day 4,000 12-17 year olds use drugs for the first time” (YRBS 2013). Lots of teens are selling drugs because they may think it is an easy way for them to get money. This is supposed to be stopped because it can affect other people and affect them when they grow up. Teens are selling drugs because they think it is one of the easiest ways of getting money. In the article “Former drug dealers speaks to youth, urges a different path” by Scott Johnson, he explains,”By the time he was 20, Mitchell’s diminutive nephew was a millionaire in his own right” (Johnson). This is showing that they’re getting a lot of money at a young age. Other teens may want to do the same and get money at a young age, but they are not aware of the consequences. Additionally, in the article 3Kinds of Teen Drug Dealers, Study Says by Jimmy Hoover mentions,” The researchers panned through a pool of 12 to 17 year-olds from across the country to 3,080 adolescents who reported to have sold drugs in the last 12 months”(Hoover). This is showing how there is a big amount of  young people selling drugs. The amount of them selling them is also very high. That should be stopped because some of them aren’t even teens and they  are already making bad decisions. In conclusion, when they are really young, they are making bad decisions and that is one day going to affect their future. They should stop now before they get older and something worse happens like them going to jail. They’re still teens and may not realize the consequences right now but the older they get they are going to realize what the can go through.

In the article, Former drug dealer speaks to youth, urges a different path, Reed states,” I don’t want you guys to do the same mistake I made when I was young…..you’re putting your lives on the line and other people’s lives on the line”(Reed). This is significant because he wants to talk to students and youth because he know he made a big mistake and he now wants other people to not do the same. Reed has spent more time in prison that outside. The students he is talking to are not going to want that. This may help teens realize that it is not worth getting easy money if they are going to have to face severe consequences like he did. In the article “Drugs-it’s All About the Money!” by NARCONON,they wrote, “ Some who become aware of the havoc they cause in addicted lives want to change. The realization of the destroyed lives they have caused inally comes to haunt them.”( NARCONON ) This is shown that even though you are getting money by selling the drugs, it is one day going to haunt you because you are realizing that they are hurting people. That is also bad because if you decide to sell drugs to a close friend or a relative, you are going to realize that it is your fault if they overdose or even pass away because of the drugs. In conclusion, they are realizing that when they are doing bad decisions when they young, they are  facing  big consequences when they are older. They are also realizing that they are hurting people who they sold drugs to.

In conclusion, teens should not sell drugs because  it is just affecting them in their future. It is also affecting other people and they feel like they are responsible for that. Knowing that people  who have experience selling drugs at a young age, maybe teens may realize that it is not good because of what they have to go through. They feel blamed for anything that happens to one of their clients and that doesn’t feel well according to ex drug dealers.

The Impact On Drug Dealing by Carlos is licensed under a Creative Commons Attribution-ShareAlike 4.0 International License.

Leave a reply to worldvaping Click here to cancel the reply