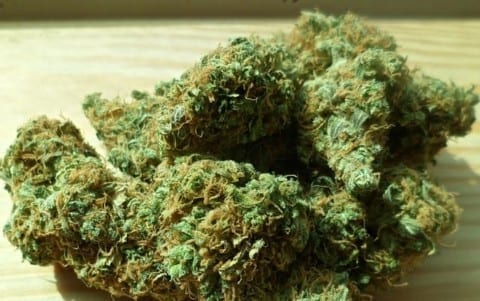 “3 million people in California abuse illegal drugs” (CDC). This statistic was from 2011. 5 years later, California passed prop 64 which made it legal to use and grow marijuana for personal use. Some people believe that marijuana (weed) is not beneficial to us and will deteriorate our health. This blog will prove that marijuana is actually very beneficial and include citizen’s opinions on marijuana.

Marijuana has always been under the impression of being horrific for user’s health. But is it really what they say it is? An article published by the government titled “Is Marijuana Medicine?” explained that indeed weed is a medicine and then explained what it is beneficial for. The article stated, “CBD is a cannabinoid that does not affect the mind or behavior. It may be useful in reducing pain and inflammation, controlling epileptic seizures, and possibly even treating mental illness and addictions” (DrugAbuse). CBD is a form of cannabis used to deal with major illnesses and minor ones. It’s shocking how people often talk about weed being horrific when it could be used as a treatment for mental illness such as depression and bipolar disorder. It can also help with something every citizen deals with like anxiety and pain. Everyday problems can easily be relaxed by marijuana. Speaking of weed being used as a relaxation mechanism, a user who wants to remain anonymous explained during an interview, “If used as a medication, weed is not bad at all. It helps me alot with my anxiety and my pain. It calms my body and takes the pain away” (Anonymous). The user’s opinion matters because they are a part of society. They helped pass Prop 64. There are countless people just like this member of society. They aren’t the only person that feels this way.

Marijuana is beneficial not only as a medicine, but also as a way to be more creative. Journalists Kevin Loria and Jennifer Welsh published an article on Business Insider, listing 21 benefits of marijuana. They wrote, “Contrary to stoner stereotypes, marijuana usage has actually been shown to have some positive mental effects, particularly in terms of increasing creativity. Even though people’s short-term memories tend to function worse when high, people get better at tests requiring them to come up with new ideas” (Loria and Welsh). Although this isn’t a health benefit, it’s important to emphasise that when high, people can come up with ideas for something that they couldn’t before. Sometimes people need a little spark in their minds to help boost their creativity. Perhaps that is the reason so many people want to try marijuana. In addition, people are curious on what you feel when high off marijuana. In an interview with an administrative assistant at a Health Center, Rosario gave her opinion on what should be done about the rate of marijuana being used illegally. She explained, “There should be a safe place where people can do drugs without it being so sanction so maybe it wouldn’t be a problem… People are curious to try it because it’s illegal” (Rosario Dueñas). This highlights that people want to experience the feeling of being high. Marijuana is something people can’t get legally off the streets. People need to be recommended by a doctor and then they are given their medical card. But what if people just wanna try it to see the affects of the drug? They shouldn’t need to go through the process of getting the medical card for a one time thing. Given that space, they can explore countless ideas. For example, they can see how it might help them with their pain, how it feels to be high, how they react to it, etc.

In conclusion, marijuana is in fact very beneficial for us not just health wise but also mental wise. Marijuana can be used in countless methods that will help us.