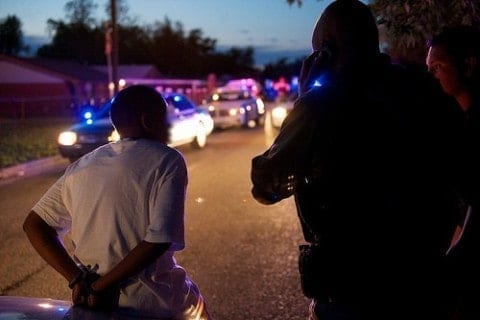 Why do youth join gangs? Gangs are one of the main problems in California, but it is especially a problem in Oakland due to young teens joining them for various reasons and doing violent crimes in them.

To begin, gangs are a huge issue in Oakland and one of the main reasons it’s a problem is because of youth being peer pressured into gangs. In the article “How Does Peer Pressure Influence Teens to be in Gangs”, by Stephen Maughan, he explains that some of the main reasons adolescents join gangs are because they want to be popular and feel like the belong somewhere. The author states, “…many gangs seem attractive to teens because the gangs seem cool and popular, and they give teens an opportunity to attend parties and socialize and meet members of the opposite sex” (Maughan). What this quote is trying to say is that teens can socialize and meet new people through gangs.

A different reason that youth join gangs is to have a sense of belonging because they have no one to listen to them at home. In another article about a former gang member she says she joined the gang because her parents did not listen to her “ They didn’t try to understand me. It was a strict household: My parents were always right and I was always wrong. They wouldn’t stick up for me when I got in trouble at school. They never really took the time to listen to my problems; instead they criticized me. They never tried to understand where I was coming from or asked me if something was bothering me.” This shows that she had joined the gang because she wanted to feel like she was heard. It also states that she did not feel heard from her family before.

When I interviewed Arjen Tomboc I asked him 6 questions that were all related to gangs.

Q: How long have you been living in Oakland?

Q: How many gang members do you think are in Oakland?

Q: How do you feel about gangs in oakland?

A: I feel like, obviously they are a bad thing, they are a very negative part of oakland. But at the same time I feel like they shape oakland and give it a strong sense of power.

Q: Why do you think teens and younger kids join gangs?

A: Well it depends, sometimes they do it because their family doesn’t support them or they just want to be a part of something that doesn’t control them or their lives.

Q: What do you think Oakland can do to make sure teens so not join gangs and stay on the right track?

A: They can give them better treatment or benefits that usually make them want to be a part of the community.

I had also interviewed my mom the same questions, but her response was a bit different

Q: How long have you been living in Oakland?

Q: How many gang members do you think are in Oakland?

A: 10000. Yes it does surprise me I thought there were less gang members.

Q:How do you feel about gangs in Oakland?

A: I feel like it’s a group of dumb kids wasting their lives when they have so much potential to do something with their lives.

Q: Do you think gangs are a problem in Oakland?

A: Yes because a lot of innocent people get hurt or killed by gang problems they had nothing to do with.

Q: Why do you think teens and younger kids join gangs?

Q: What do you think Oakland can do to make sure teens and younger kids don’t join gangs?

A: Create more after school programs or put them in sports.

In conclusion this shows that young kids and teens join gangs because of various reasons and peer pressure.