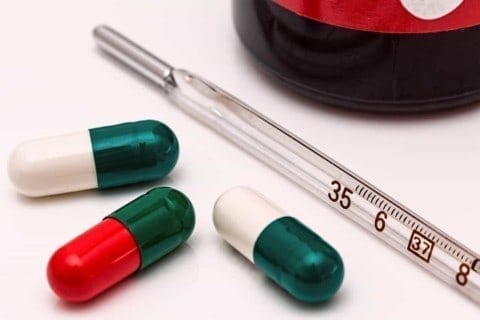 “An estimated 24.6 million Americans aged 12 or older—9.4 percent of the population—had used an illicit drug in the past month. This number is up from 8.3 percent in 2002.”

Through research on people who are involved with drugs and interviews, one can understand  the association people have with drugs, whether good or bad. Based on the  research, interviews and reading, it is clear that people without the best education and home environment are more likely to get involved with drugs.

This is going to prove why home environment and education is needed. To begin, Andrew Gorseman didn’t have the best childhood, he grew up in the projects and his parents didn’t care for him. Andrew states “I’ll be very honest with you, my life was complete sht. My parents were so into drugs my first job was selling crack to my neighbors. I didn’t know how bad it can fck up your life until I was 18. No one was there to teach me about it…No one helped me from this life, it felt as if I was trapped into this horrible life style”(Personal interview). The important phrase in this quote is “No one was there to teach me about it.” This phrase is important because no one was there to teach him about how addicting and effective drugs can be. Sadly, Andrew ended up becoming an addict to heroin and instead of the drug helping him it ended up damaging his immune system. When Andrew learned about how dangerous it was to him, he tried to get help immediately; he went to a rehab center to better himself a much more safer way. This is important because often people believe it is one’s choice to do drugs and fall into bad habits, that is not always the case. Andrew was born into this lifestyle, he didn’t know any better just like most people in the world. Some might do it to catch their guardians attention, or even by taking drugs they believe it will make them escape reality. The truth is, it doesn’t, escaping “reality” isn’t going to make your life better, it isn’t going to make you a better human. You and you ONLY have a choice to make it right so take the any opportunity you get and try to fix the life your predecessor’s have affected.

Furthermore, I went on a website that states the benefits of  drug education. The website states “Engaging students in drug education activities assists them to make healthy and safe choices, identify risky situations, and develop strategies to prepare them for challenging situations”(Victoria State Government). This website is credible because they updated this recently, meaning this is all new information. This is important because youth learning about drugs will allow them to make healthier choices in life. They will soon know the challenges life will give them, and not fear about it much because they will know what to do.

Lastly, on the same website it stated some facts on why it will be effective on youth. The website states “Increase student’s knowledge, social and life skills, and refusal skills towards licit and illicit drug use”(Victoria State Government). This is important because the website is stating that by teaching students about drugs it is helping adolescents make better decisions on life. And it will teach them about saying no to harmful drugs.

Some may argue that drugs come in handy for those who need to loosen up a bit and be happier. My solution is to prevent drugs from getting out of hand not to ban them, There are different uses for drugs many people use it differently. Such as weed, since it is one of the drugs that aren’t as lethal as the others, it does not damage much people it helps them feel calm. I DO NOT want to ban drugs completely, many places in the U.S ban drugs because they believe it is bad. I know that people believe this because of the mistakes of others and from what the media post about people who use drugs. Stating that doing drugs are bad and they shame celebrities who use drugs, but what the media doesn’t show is how drugs benefit those with illnesses and those who truly need them and how they benefit them. Instead of trying to ban them  I want schools to enforce drug education. By this I mean that schools should have a week of teaching drugs or maybe make a unit about drugs. Get the class involved with what drugs do and let them read about certain drugs. I also think that doctor offices should have a booklet of what drugs are and the harm they can do to the body if they are not needed.

In conclusion, people who were not taught properly about drugs are more likely to get involved with them and ruin their lives by relying on drugs to make them feel something. By teaching about drugs to youth it will help them make the right choices in life. This will help prevent drug use and allow more people to get a better education at school.

Ms.Portugal -for allowing me to express my ideas out