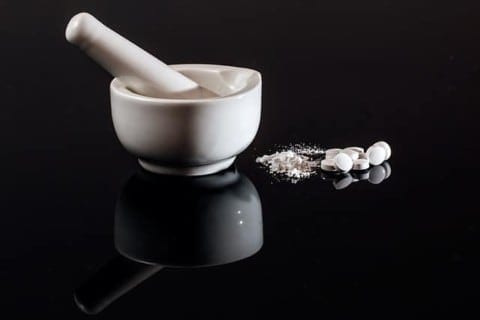 Is it true that drugs can influence teens to take, use, or sell drugs? These statistics show that marijuana usage is rampant, “81% of 12th graders say it would be easy to get marijuana.” These statistics are alarming because it shows a lot of teens using drugs, also more than a 3rd of 12 graders said marijuana is easy to get. “Only 32% of 12th graders feel that regular marijuana use is harmful” (teenrehabcenter.org). 30% of 12 graders said marijuana is harmful because they had a negative effect using the drug. Therefore, drugs affect society and impacts youth with their education and their household because an abundant amount of drugs used is harmful.

Firstly, teens that do drugs in school don’t focus in class and are more interested in their next substance use. This illustrates a sign of an early addiction. Teens may get easily distracted because they are only thinking about drugs. This matters because they are probably failing every class and are choosing to go home early or skipping school to buy or sell drugs. An interview with an Oakland resident, Diana Espinoza said, “When you are a teenager drugs can drive you crazy in school” (Espinoza). This matters because teens that do drugs are going to get infuriated in school because they can’t get any drugs or use it in school therefore, they are most likely to skip school so they can go get or do drugs to feel satisfied. With the same interviewee, she stated, “Drugs can affect you and your brain” (Diana Espinoza). This matters because the brain doesn’t fully develop until one is 25 and mostly all the kids that are doing drugs are under the age 20. They are hurting their brains which can affect their grades in school and their social ability to interact with other students and teachers. Thus making it harder for the student to pay attention and communicate.

Furthermore, teens who do drugs can negatively affects  their households. This matters  because teens may start lying to their parents, start stealing money for drugs, become antisocial and not oblige to parent communication. An oakland resident that was Interviewed, asked to remain anonymous and explained “ Teens that do drugs can have violent activities against their family” (anonymous). This matters because if a parent told his/her child to go take out the trash, they may respond with atone of attitude. In another interview that chose to be anonymous the person clarified that “Drugs can make the user fight with their own family”(anonymous). This matters because they may start disobeying their family and would feel determined to win every fight. A situation that may accelerate further issues, is the use of borrowing money for drugs, if the parent says no they may get furious and start over reacting upon the situation. This is intriguing  because a lot of teens are  choosing to have a negative energy inside their household and could cause their parents to go insane and could start thinking what has happened to their child.

Others may argue that drugs do not affect teens learning capability at school and can have a positive effect. This matters because teens that are doing drugs, can have a positive influence thus allowing them to have good grades and honest communication with school staff and classmates. MTV an interview with  “Seth Rogen testified that marijuana does, in fact, make him buckle down and get right to work. The work he does? He writes scripts, acts and participates in other aspects of filmmaking—all creative tasks”.This matters because a successful actor(Seth Rogen) said, that marijuana really helps him to sit down and read his script. So he can go ahead and another funny film  for are viewing.  Although Seth Rogen says it helps him but he doesn’t necessarily say the negative effects on marijuana. He is an adult and all the kids that are consuming the drugs are under the age of 20 and Seth Rogen is 34 years old.

Photo by ©Moon Photography by Mel