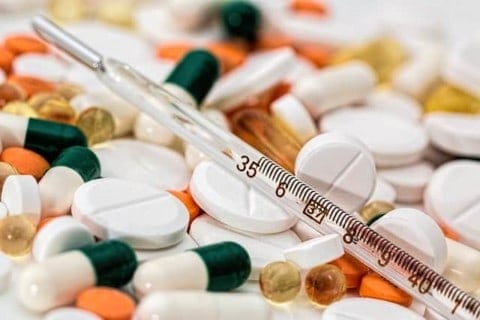 Did you know that, “1 in 4 teenagers admit to taking prescription drugs to get high or change their mood?” (Drug Addiction Facts). This indicates that mass teenagers are using drugs to cope with their problems. Why? Their self esteem may be low and they may be feeling pain, they look to drugs as medication. This number is tremendously high and it is important to understand why teens are leaning towards using drugs in the first place. Teens result to using drugs because of peer pressure and wanting to fit in, their parent’s usage of drugs, and as a pain reliever.

Some teens use drugs because of self encouragement which means self motivation, or peer pressure. In an interview with a person who uses drugs who asked to be anonymous, the individual was asked: Why might teens use drugs? He talked about how kids might be encouraging themselves to do drugs, he states “Trying to fit in.” (Anonymous). The key components in this quote are used to explain that people feel excluded and try to use drugs such as marijuana, heroin or prescription drugs to try and fit in with a group. This is true because a person who is included would not care about fitting in because they are capable of glorifying themselves because they think they are at the top. Since people who are ignored, don’t have this feeling they will try at all expenses to try and fit in. If digged deeply, one can tell that they try to fit in for a reason, that reason could be from bullying by others or even thinking that you’re not acceptable to the “popular” group. Furthermore, in the same interview the interviewee responded to the same question I asked the anonymous person before, but this time he reports that, “peer pressure, to try drugs because of friends” (Anonymous). Peer pressure from friends, is a reason why a person would use drugs to fit in. People are affected by interpersonal oppression meaning they’re forced by a group of others to do something. This group of others can be bullying the inferior group, accelerating the thought that they need to do drugs to be accepted by others. Peers are powerful when in high school because the prefrontal cortexes in which all teens have is not yet fully developed, making it difficult for teens to make right decisions.

Some teens use drugs because of their parents actions. In one the interviews from an anonymous person, he was asked: Do you think parents are a cause of teens usage of drugs? He stated, “Parents may use drugs which makes teens feel like it’s ok to use drugs. Giving teens the thought that if their parents can use drugs they can too” (Anonymous). The key factors in this quote explain that this can be an unfair situation because teens think that if their parents do drugs they can too. If this is the situation, parents could be poor role models when it comes to treating youth and adolescents right. Just like it can cause them to do drugs, the role model effect also means that if they stop doing drugs, their kids will stop doing drugs too. This will not only make their future better but also cause the teen usage of drugs population or percentage to decrease. Moreover, in the same interview where I asked the anonymous person: Do you think parents are a cause of teens usage of drugs? He explained that, “Parents could make their kids feel like they’re not cared for, giving them the thought to use drugs because they have no one to care for them” (Anonymous). This quote supports that the teens use of drugs occurs because they feel lonely. Feeling lonely could be a sign of internalized oppression since this could make adolescents hate themselves, not only causing depression but even suicidal thoughts. The root of the cause comes directly from the way they were taken care of as a child.

Teens may use drugs as medication to cope with pain. In the same interview as before I asked: Why might teens use drugs? He explained “to cope with headaches”(Anonymous). This quote not only explains that a teen could use drugs as an acceptable thing but also as a coping mechanism for intolerable pain. A positive way of using drugs is using them for the proper reason and not the wrong reason, that being to get high or to change their mood. In addition, in the article “Eliminating Stress Brings Pain Relief” by Juhie Bhatia, it focuses on how stress and pain have a relationship, Bhatia reports, “stressed-out people often experience neck, shoulder, and back pain” (Bhatia). The most important fact in this quote explains that the more stressed out a person is the more pain that person will feel. If you think about it teens are the ones who go through a lot of stress because of school. If they feel pain from the stress they have, they would mostly take prescription drugs to cope with pain.

Some may argue that teens use drugs to commit suicide. They might say this because reports of suicides involving overdosing has gone up tremendously high. In the article, “The Drug Overdose That I Almost Didn’t Live to Tell About” by Sheneka Adams, it addresses, “No one knew that I was doing this, until the day I tried to commit suicide by overdosing on seven hydrocodone pills” (Adams). This explains that people could be using drugs to commit suicide. This makes may make people think that because of this the statistics of suicides committed by teens are getting greater.