Mr. USA must stop ignoring his problems: A psychological assessment of the American Dream

Home 2016 December 8 Mr. USA must stop ignoring his problems: A psychological assessment of the American Dream 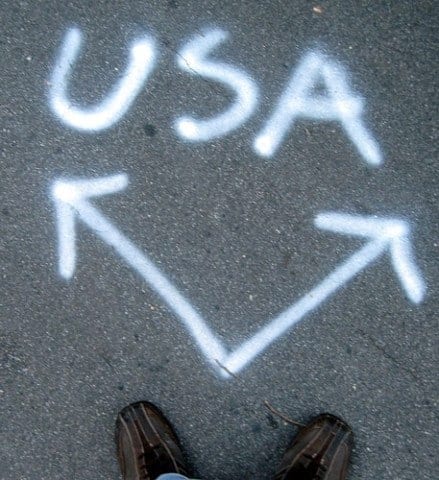 Vu Nguyen, Brian Sanchez, and Christian Laulu wrote this report from the point of view of a public health psychologist. You will find evidence from a variety of sources to assess the current health of the American Dream.  Imagine that the United States of America is a person. How healthy is this person, physically, mentally, and emotionally?

Description of client: Born July 4, 1776, in the continent of North America, he is 240 years old at the time of this assessment. He is a plump, well-dressed, middle-aged man with blond hair, He is arrogant and is very prideful. He presents himself to others as strong and perfect, however, he has shown to some anxiety, depression, and is sometimes racist. He also seems to have a case of narcissistic personality disorder, which prevented him from seeking therapy in the past. He is also very indecisive, often switching opinions and choices on a whim.

Presenting problem: After the most recent presidential election, Mr.USA suddenly decided to seek help. He told us that he wanted to get some help hundreds of years ago, but his pride prevented him from doing so. Over the centuries, scars from tragic events piled up and it took a very heavy toll on him. Events included: The attack on September 11, 2001, The Civil War, Pearl Harbor, The Vietnam War, WWI and II, multiple civil rights movements and wars in the Middle-East. He didn’t even know that he had problems until the late 1900s. His wealth has fluctuated greatly but has never settled in one place. We have concluded that this was due to his narcissistic personality disorder blinding him and leading him to believe that he was the best. In a comic strip, a character named Richard said, “Less whinging and more hard work I say. I’m sick of people asking for handouts. No one ever handed me anything on a plate” (Morris). Richard believes that he owes his success to his own hard work. What he doesn’t know is that his parents were the one that gave him a stable home, sent him to a good school, paid his tuition fees, and supported him every step of the way, whereas a second character, Paula had none of that. Her parents did not support her and she had to do everything herself. Her independence may sound like a good thing, except for the fact that she could never get an edge in life because of her family’s poor background. The rich takes what they have for granted and doesn’t understand what it truly means to work hard.

History: Mr. USA recalled having a rather difficult and violent childhood. He was given a very excellent education, but still lacks many things that he should have, considering his privileged background. He has converted to many religious belief systems but has settled with being a Christian. Mr. USA is still suffering from many internal problems. In his early decades, Mr. USA was involved in many fights, one of which gave birth to him. When he was in his eighties, he had a very violent battle with himself. He calls that event, the Civil War. He also started having serious problems regarding his wealth, just seventy years ago. He was struck hard by a series of bank failures, severe poverty, and unemployment. Alcohol and drug addictions still haunt him to this day. An infographic shows that over the span of two years, from 2012-2014, the amount of people who believe in the American Dream has decreased (Ingraham). The rates of poverty and unemployment have gone up over the years, and plenty of them work hard, however, they just can’t achieve what they want because they do not have the money to. They constantly have to juggle poor education, family problems, and work to get by, and because of that, they cannot go to college, whether it’s because of money or by poor grades.

Personality features: Mr. USA very much makes every conversation all about himself and forces his way into everything. He places himself over others and does not hesitate to do so. We believe that this stems from his narcissistic personality disorder. He lacks basic foundational knowledge and tries to solve most of his problems with violence. He values style over practicality and effectiveness and refuses to ever change. He seems to have a “With us or against us” mentality, never accepting neutral opinions on a matter. More money is being spent on quantity, rather than quality and advancement, which is why his health and education is in such a poor state. He also has the “Ignore it and it will go away” attitude. This attitude came from the high rates of crime, poverty, and unemployment that he is currently dealing with. In an article that discusses housing in Oakland, Nazarian wrote, “The change is a consequence of rising real estate prices, incomes that aren’t enough to meet the cost of living, and a lack of homes designed for median-income families or individuals” (Nazarian). Homes have been getting more and more expensive while the income of the poor has stagnated and has even gotten worse. Instead of trying to raise his abysmal income, he has decided to ignore the main problem at hand, thinking that it would disappear. More and more people has been affected and nothing has been done to help that.

Personal strengths: He is a great leader, capable of retaining high morale and hopes, even during his darkest times. He is also great at fighting, as demonstrated by his many past victories. He is very talented and wealthy, and, contrary to his natural talent at fighting, is peace-loving and diplomatic. his body contains pieces of almost all of the people in this world, and he knows it very well. We also caught glimpses of his dream being a reality. In an article about J. Cole, an NPR staff wrote, “Cole transcended his modest upbringing to become a serious student. He graduated college — magna cum laude, no less — from St. John’s University in New York” (NPR Staff). He started off in a trailer park, which isn’t a very desirable location to live in, however, that didn’t affect him. He had top grades in school, found what he wanted to do, and achieved it.

Treatment plan: Mr. USA must first come to terms with himself, as he is very conflicted as of now. He has to understand and admit that he has undesirable traits. That is the first step to fixing his narcissism. The second step would be learning to put others before him and understand that it’s not all about him. To treat his bipolar disorder and post-traumatic stress disorder, he should use his ability to move forward to leave the past behind. He also should learn to accept everything around him. An article about Black Friday, Li wrote “‘You have people who really need a bargain — they will sit out for two days to get that deal because that may be the only big thing they can afford for the whole family,’ said Britt Beemer, founder of America’s Research Group” (Li). Poverty is a problem for many of residents in America. Right now, Mr. USA is ignoring it, blocking it out. Only when it is known by him is when he will start taking action. Before treating a problem, like a disease, one must first understand that it’s a problem.

Progress milestones: As Mr. USA’s condition improves, he will be able to see everything in a much wider scope, and with it comes new understanding and action. He will become less violent and will seek to solve conflicts peacefully. His streets will finally be rid of unemployed and poor people, now with better jobs and opportunity for them to have a better life. Individuals of every social status and race will be able to gather and share their best selves with each other. And at long last, he will be able to restore his relations with other countries and help build a world without any inequities.

Prognosis: A good therapist can help him come to terms with himself and move forward. Right now, his growth has been stunted, by freeing himself from the past, he will be able to grow to be better and more observant person. Gaps will be closed and lives will be happy.