Only The Beginning: Start Of My Look Into Youth Sports Specialization

Home 2016 December 5 Only The Beginning: Start Of My Look Into Youth Sports Specialization 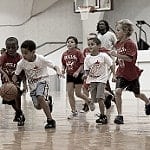 I began my research not necessarily knowing which way I would go with my writing. Youth sports was originally my focus, with a vision to go more in depth with why there is a decline in youth sports in our country. Looking through many articles, I realized there really was not an argument because almost everyone agreed that kids should continue playing sports. It was then when I started to look more in depth with some of the articles I found, attempting to find another topic to argue.

Sports specialization caught my eye, especially when you talk about specializing at a younger age. Getting more in depth with my new topic seemed much easier because that is a much more broad-ranging topic with a better argument for both sides. The plan I originally had with my original topic to branch out and get more in depth with other topics to help build up my argument can also be used with sports specialization. From sports psychology to injury, I have a plethora of topics to help build onto why I feel sports specialization is a bad thing to do at a young age.

I found an article that compares college athletes who specialized in a certain sport their whole lives to those who didn’t until a couple years after they hit puberty. In the article, the statistics showed those who didn’t specialize until much later had better success in their desired sport in college. Also, I found an article comparing our country’s sports society to those in other countries like Germany and Russia, and they described the same phenomenon in each country. In Russia especially, where specialization is extremely prevalent, they experienced the same results in regards to injuries and burnout rates. While there are cases where a child who specialized in a certain sport their entire life becomes a star in their sport, like say Tiger Woods, they are just a small few of the successful athletes in our world.

Another thing I read about were the positives to specialization. Taking the time to fine tune the skills needed to play the sport instead of shifting gears and participating in another sport, obviously, you will see added results. The whole deal with practicing is repetition and taking the time to “repeat” has its benefits. Hopefully, I can find more recourses to help me dig deeper into the facts needed to support my argument.

Only The Beginning: Start Of My Look Into Youth Sports Specialization by Griffen is licensed under a Creative Commons Attribution-ShareAlike 4.0 International License.