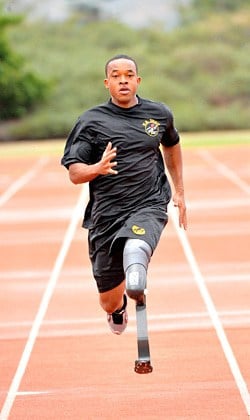 Over the course of the past week and half I have been researching some surgical techniques on amputations and how the outcomes affect’s amputees. I have researched two types of amputations called the conventional (traditional) amputation and the Ertl procedure. Some of the steps that I have taken include finding articles by looking on databases, medical websites, and medical journals. Finding articles about comparing the Ertl procedure to the traditional amputation has been a little tricky. However, when I find the articles it explains in details the differences between each surgical technique.

After reading many articles and having the Ertl procedure done, I believe that the Ertl procedure is the best way for people to go if anyone is thinking about having an amputation.  I think that this surgical technique is great for mimicking the anatomy of having a foot or ankle again. Over the last couple days, I have been thinking about even including some surgical techniques on amputations around the world. I believe that the opportunities in different countries for amputees and the types of amputations have a drastic impact on the quality of life. Also in my research, I will include my own personal story of having the conventional amputation as my original surgery and having the Ertl procedure as a revision surgery this past summer. From different surgical techniques to the way a prosthesis fits really does impact an amputee’s life.

Performing Amputations by Katie is licensed under a Creative Commons Attribution-ShareAlike 4.0 International License.