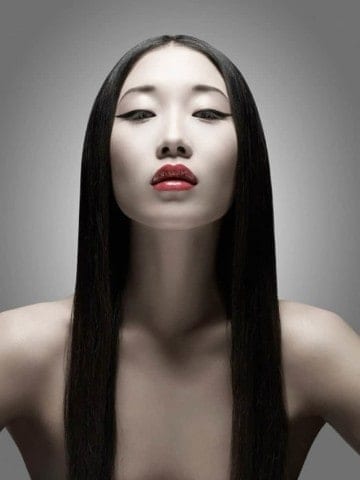 I have taken my first steps to completing my essay by reading lots of different articles. Now, I would like to look at each one of them individually, and pull information out of them to make my own opinions. By doing this, my essay will become more complete because it will have my own opinion in it too. Throughout reading various articles I have come to the conclusion that beauty standards have power over thousands of people. Even people who are naturally born with a desired trait are affected. The amount of pressure to fit these beauty standards often varies from culture to culture. However, I have discovered that Asian culture especially, puts a lot of pressure on their people to fit their ideals. This often leads to eating disorders and plastic surgery. I learned a lot from various articles but wanted to focus on one article called About Face. After reading this article it occurred to me that the difference of plastic surgery acceptance in Korea is very different. For instance, in the article one of the women Marx interviewed said, “(people) are congratulated for having plastic surgery” (Lee qtd. in author Marx). This is very different from in the US where most people are shamed for it. I think that a large reason for why it is so accepted is because it is such a normal thing to do.

The reason why it is so normal revolves around the idea of Confucianism. While interviewing an anthropology graduate student the student shared her thoughts on Korea and said she thought “(Korea is a) very conformist society. (People only want slight variations of what other people have)”(Baik qtd. in author Marx). Therefore, no one wants to stand out or be noticed. Another person named Kihyoung Choi that was interviewed said, “It’s not that you’re trying to stand out and look good. It’s that you’re trying not to look bad” (Choi qtd. in author Marx). In America our standards of beauty can range from a number different skin tones and bodies. In Korea, being different and standing out is not necessarily a good thing. Another interesting cultural belief that is quite different from America is that  people care more about the outside than the inside. Marx interviewed a professor of psychology named Eunkook who said, “One factor is that, in contrast to Western cultures, the external aspects of self (your social status, clothes, gestures, and appearance) versus the inner aspects (thoughts and feelings) matter more here,” (Suh qtd. in author Marx). This would explain why there is such great pressure in Korea (Asia) to look a certain way. In conclusion, this article helped me think more about the differences between western and eastern beauty standards.