Not Awake Enough For Learning 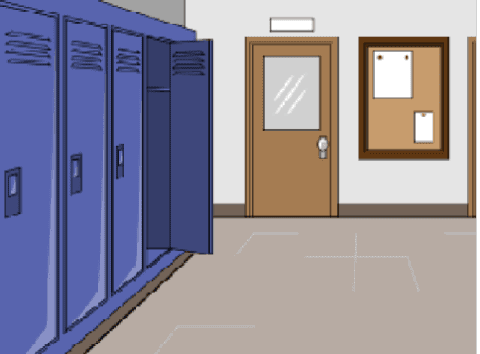 Many high school students wake up around six am every single morning so they have enough time to get ready for school and arrive on time. Although most students don’t get to go to sleep until after eleven pm, because of all the homework that the school gave them during the day. Most students like to drink coffee or tea in the morning to wake them up for their full day of school, after school clubs, and sports; however a lot of teens do not have enough time to stop and buy one before getting to school. If schools put in a coffee place, like Starbucks, at the school many students would be able to arrive on time to school and also get their caffeine fix.

Waking up early isn’t even the hardest part about going to school, it is trying to stay awake. Not that learning isn’t fun, but sitting in a classroom listening to a lecture about logarithms when you’ve been up since six, can be pretty difficult. In an article about classes in the morning, it says that if students don’t get 8-9 hours of sleep then it is harder for them to stay awake during class. When teenagers go through puberty their circadian rhythms change, causing them to stay up later and wake up later. Coffee is not complete cure for this, however, it can help prevent students from falling asleep in class. In a different article, High School Libraries Luring Students with Coffee, it talks about a high school in Tennessee that has a coffee shop in their library. It says that it has students working their for a marketing class, and with what the cafe earns, that is later turned into scholarship money for the student employees. Putting a cafe in the library does more than just benefit the cafe, it benefits the library also, “Before the coffeehouse opened, “they were running about 6,000 visits per year to the library and checking out about 3,000 books,” he said. Now, “we’re running about 65,000 visits and checking out about 45,000 books,’” (High School Libraries, 2007). This shows that students are more interested in reading when they have a reason to go to the library.

Many would argue that having a cafe inside of school can get expensive, or that it is unhealthy. Administration might argue that they  wouldn’t want it, because many schools are carpeted and they don’t want coffee spills all over the floor, because then it could cause an insect problem or it cause the classroom to smell if it wasn’t cleaned right away. The article, Café Society: Do school libraries need a double shot of espresso?, shows the pros and cons of having a coffee shop in the library, stating that “Another battle that Artibey won was with her school custodians, who complained that the extra trash in the library was creating foul odors and attracting critters,” (Whelan, 2008). Another issue is the healthiness or unhealthiness of the drinks that the cafe could be serving to the students. “‘They’re already providing horrible school lunches. Now they’re adding to that with 800-calorie drinks,” said Susan Levin, a registered dietitian with the Physicians Committee for Responsible Medicine. Many students load up their coffee with sugar and cream or buy dessert-like coffee drinks, Levin said,” (High School Libraries 2007).  Many schools that have a cafe inside their library would agree that these are important issues, however all of them found a compromise to them.

Before a cafe gets put into a school, the administration should implement some rules that the students have to follow in order for the school to stay clean and the cafe to stay open. Addressing the trash and critter issue, Debra Whelan said that “The two sides came up with a compromise: kids are now required to toss their waste in the hallway trash cans, whose liners are changed each night. “Students follow the rule because they’re grateful to be able to eat in the library and don’t want to lose the privilege.’” This would be an easy rule to follow because all the students would understand what would happen if they didn’t follow the rules. To address the unhealthy part of putting a cafe inside of the school, the school is already serving students lunches that are probably just as unhealthy and they’re not doing anything to change that so why would they want to refuse this.

Overall, putting a cafe inside of a school does more good than bad. Students will be more excited to go to school, they will be more awake for their classes, and it will make them happier all together. There may be some downsides, people might not like spending all that money, or having to wait in a line to get coffee every single morning. However people will always complain about something no matter what it is, so this is a good thing that we should make happen.