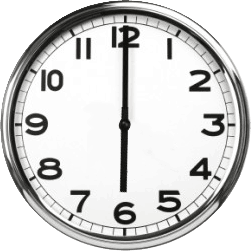 Every week I hear stories of high school students getting in trouble with their curfew, I want to put an end to this. High school is one of the best parts of a person’s life, so why ruin it by having a curfew that regularly gets you in trouble? Teenagers naturally stay up late, so why have them laying in bed on their phones when they could be out making memories with their life long friends. Everyone has been a teenager at some point in their life, so everyone knows the struggle of parents restricting them to not go out and have fun. My proposal is to have curfew be up to all teenagers by the age of sixteen so that they can become more independent, mature, and learn life lessons.

Curfew should be up to all teenagers by the age of sixteen. I believe that if students in high school get to pick their curfew then they will become mature faster. Many articles talk about how students will stay out past their curfew and something bad will happen when they’re out and then their parents get mad at them. The fact that something bad happened to this student while they were out lets them realize that sometimes it’s good to go home earlier. Most teenagers don’t like to get in trouble, so if they have a curfew and keep getting in trouble with their parents they will want to rebel. The student will keep going out and begin not to care. So, by having teenagers make their own curfews, they will become more mature on their own and know how to handle situations better once they get to college. Teenagers will become more independent with this curfew freedom and be able to learn life lessons that will help them forever (life lessons like what is bad and what is good).

Some parents would argue that the reason they set an early curfew is to keep their children out of harm’s way during the night. They claim that a different crowd of people come out at night that are more likely to be more of a harm to teenagers rather than during the day. I agree that a different crowd comes out at night that may or may not be dangerous to young teens, but there are ways to stay safe. Teenagers should always stay in a group of more than four if they are outside doing anything, but if they are inside then they are okay. Pepper spray could be sent out with the teenagers also. Most importantly stay in a group and don’t ever split up, then curfew will not be a problem. Teenagers can handle these situations and if they can’t call 911. Curfew should be up to the teenagers because if they know how to handle themselves safely, then they will be okay.

In recent studies, statistics show that 93% of cities with night curfews helped police officers with keeping young juveniles out of  trouble. By having the city set a reasonable time for curfew instead of the parents of the teen, the teen stays out of less trouble in fear that they could get in trouble with the law, not just their parents. Although a city curfew could be helpful in reducing crimes and such, I still believe that teens sixteen and older should be able to control their own curfew to become independent, mature, and also to learn life lessons.

To conclude, teenagers from the age of sixteen and up should be able to control their own curfew. They will become more independent, more mature, and learn life lessons that will especially help them out in college. Although there are some counter arguments such as: with a curfew teenagers stay out of less trouble and being out at night is dangerous; they can handle themselves. Everyone needs to prepare themselves for the real world at some point, so why not start at the age of sixteen? After all, curfew is up to the parents of the kids so I myself, cannot alone solve the problems of curfews that parents inforce, but I can try.