The Reason for Being Pro-Life

Home 2016 October 28 The Reason for Being Pro-Life 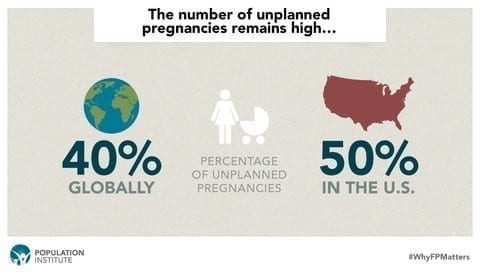 The fact that roughly 3/10 pregnancies end in abortions (source: quote from Senator Wendy Davis, 2016) is staggering, and definitely a fact worth noting. What is something that you will do about this fact? Nobody enjoys abortion, and it is an incredibly dark subject. I humbly request you do something about this. Fifty percent of pregnancies are undesired in general (source: Guttmacher Institute, https://www.guttmacher.org/fact-sheet/unintended-pregnancy-united-states), which definitely is an issue that needs resolution. Perhaps pregnancy prevention has reached its pique, but perhaps not. As POTUS, will you look into this issue? Too many undesired pregnancies occur, and if a way around it could be discovered, that would be optimal.

Returning to the subject of abortion, there is no question that life is life. The mistake of an individual that results in procreating should not lead to the punishment of the unborn. This includes rape or incest: abortion is abortion, and deserves an end to be brought to it. One tends to argue that an unborn child is just a clump of cells to a certain point due to a lack of brain development. However, this would also disqualify microcephalus people as being living due to their nonexistent brain, yet nobody would deny that they’re human (source: http://www.mayoclinic.org/diseases-conditions/microcephaly/basics/definition/con-20034823) If the child is undesired, then it may be put up for adoption. That would save a life, and give a light in the world a chance to shine. At the very least, please pass legislation to prevent violent abortions from occurring. Fetuses may be small and underdeveloped, but if you’re going to do something on par with murder (as is evidenced by the legislation in which the murder of a pregnant woman counts as double murder (source: Unborn Victims of Violence Act, 2004)), then it should be in a much more humane manner than that of which doctors currently do: tear the fetus to pieces in a D&E operation (source: http://www.abortionfacts.com/literature/how-are-abortions-done).

Please, Mr. or Mrs. President, look into these issues and find a resolution for them.