The Battle Of Yorktown 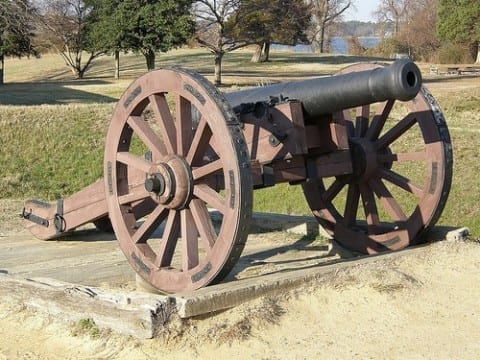 Drum, Drum, Drum! Hear that sound? That’s the patriots coming to Yorktown, so you’d better surrender or prepare to die in a bloody way and wished you had surrendered. I am going to tell you guys about the Battle of Yorktown and how it helped the patriots win independence. The battle of Yorktown was one of the most important battles that had happened and made the war end.

The End of the War

When the British had surrendered they had no choice but to tell king George  about their surrender. How would you feel if you were king George? The British were so mad about losing to the patriots. Even the parliament was mad too. The British troops that were in Yorktown had to leave because it was not their town anymore it was the patriots’ and french town. Imagine how many British soldiers were so mad that they had to surrender if you were one of them how would you feel if you were one of them? When the fighting was over all the patriot’s were in joy about all the men that had risked their lives for their own colony. Now if you were a patriot and you made the British surrender to you how would you feel and how would you tell your family and friends? Most patriot troops did not have any training about war most of those soldiers were farmers or teenagers fighting in the war while the British had more experience about war than  the colonies. Imagine all the wars that the British were in and how many wars did the colonies have. The parliament was so mad they thought they had one of the most brutal armies that no one has ever seen

Once the British surrendered that was the way how the patriots won for independence for the colonies.Imagine how the thirteen colonies felt when the patriots came back and told everyone what had happened. The king of England was so mad that his own army surrendered to the patriots. The parliament was mad also they thought they had  the most brutal and dangerous armies. Now if you were the king and the parliament how would you feel if your army lost the war? The patriots had more soldiers than the British that were in Yorktown. Now if you were one of those patriots at a barrier how would you feel if they surrendered to you. The war was over after the surrender at Yorktown that gave all the colonies independence.