Love has no rules 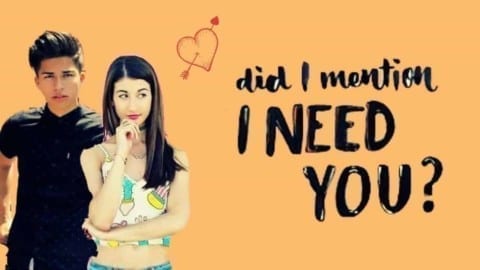 In the book Did I mention I need you? by Estelle Maskame a girl named Eden is trying to handle a relationship with her step brother while having a boyfriend as well?

She and her step-brother have always shared secret feelings for each other, but the problem is: it is strictly forbidden for a brother to like his sister or the opposite. But Eden and her step brother, Tyler, are not necessarily siblings, as you might say. Her father has been with Tyler´s mother for about five years so it hasn’t even been that long.

Eden has a boyfriend named Dean, and she has been unfaithful. She feels extremely guilty for that, but she can’t help what she feels for Tyler. Tyler has tried many things to try to forget about Eden but currently it has been a mission impossible. They know what they are doing is wrong but they can´t get enough of each other.

She is currently visiting Tyler who she hasn´t seen in about a year and is trying to fight the urge of telling him how she still feels and asking him if he has forgotten about her.