Should Immigration Include Everyone?

Home 2016 October 14 Should Immigration Include Everyone? 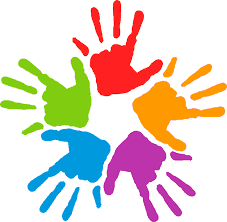 I have always believed that America is a place where people try and do achieve their dreams. It is also a place where people are given second chances to live a better life and start over. I can relate to this because I was adopted from Cambodia but raised in America. Unfortunately, not everyone is as lucky as me and many people are faced with great barriers before being able to come live and be an American. Although I do not understand all of the things that go into deciding who gets to become an American citizen, from my high school perspective and at the moment, I want as many people possible to have the chance that I had to become an American. In other words, I tend to be against immigration restriction however, I also know that America cannot hold everyone. Of course some would argue against this such as people like Trump. In the article, “Presidential Candidates Offer Competing Immigration Plans” Trump gives reasons why he thinks immigrants are bad (O’Sullivan). In another article called, “Why More Immigration Is Bad For America” it gives a few reasons why migration might be hurting America instead of helping (Foster). In any case immigration is a much debated topic. What is your opinion?