Should America lower the legal drinking age to 18?

Home 2016 October 1 Should America lower the legal drinking age to 18? 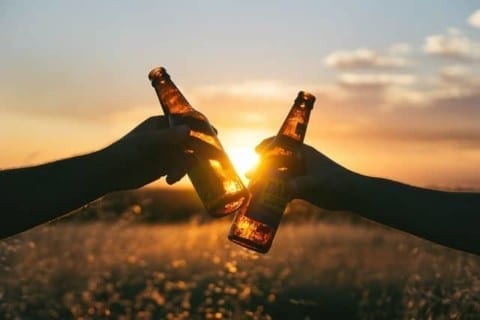 There are pros and cons to lowering the legal drinking age. Some say that by lowering the MLDA (minimum legal drinking age) teenage drinking may decrease; conversely this may increase the probabilities for risk such as binge drinking. Currently, every state has a MLDA of twenty-one, however laws exist state-by-state for the consumption of alcohol under adult supervision.

Those against lowering the MLDA to eighteen believe that kids are not able to drink responsibly below the age of twenty-one. They see that the consumption of alcohol at a young age further increases the risk of traffic related fatalities.There is a study that backs up their argument that correlates high MLDA with lower car accident and fatality rates. They also claim that the right to drink should have a higher age of initiation, like gun control, renting a car, or adopting a child. Furthermore, they argue that underage drinking may interrupt the development of the frontal lobe.

Statistics have shown that traffic fatalities and accidents have reduced by 13% and has saved an estimated number of 20,000 or more lives due to the set MLDA of twenty-one. However, there is factual evidence that countries with  the MLDA of eighteen have even lower rates of alcohol-related traffic accidents and fatalities. The use of illicit drugs, rates of suicide, and crime have gone down due to the set MLDA of twenty-one, thus further promoting the MLDA to remain at twenty-one. Supporters of lowering the legal drinking age claim that lowering the MLDA may encourage eighteen to twenty year-olds to consume alcohol under safe environments. Additionally, kids are legally considered adults at eighteen, and therefore in their opinion should be given the right to make their own decisions regarding alcohol consumption. Most alcohol-related fatalities can be prevented by lowering the MLDA; adolescents rarely seek help in an emergency, simply because they are afraid of getting caught drinking under the age of twenty-one.

Should America lower the legal drinking age to 18? by Shelby is licensed under a Creative Commons Attribution-ShareAlike 4.0 International License.