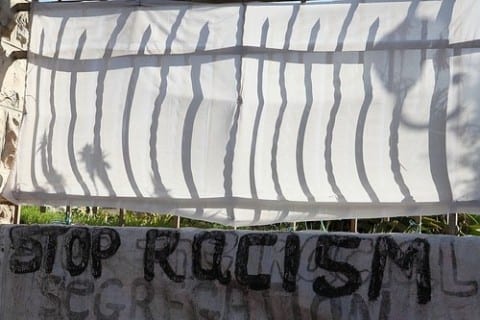 In  Ryan Gabrielson, Ryann Grochowski Jones and Eric Sagara’s essay, “Deadly Force, In Black and White,” from ProPublica https://www.propublica.org/article/deadly-force-in-black-and-white, the authors this is imporant because this is proof that cops are killing black males and females.

When we consider the issue of Black Lives Matter , some might wonder, why are cops killing so much black males? Gabrielson, Grochowski and,Sagara’s article addresses this question because more than 686 black males and females got killed by police in this year and the year have not finished. People was in shock when killed Michael Brown in 2013 that when people was realizing that they was killing to much black males. From the year 2013 through 2016 more 3777 dead by police officers.

“The 1,217 deadly police shootings from 2010 to 2012 captured in the federal data show that blacks, age 15 to 19. A rate of 31.17 per million, while just 1.47 per million white males in that age range died at the hands of police.” https://hyp.is/LHqKVll9EeafgM8o0rt-Dg/www.propublica.org/article/deadly-force-in-black-and-white

This make me wonder that maybe a cop would kill me or somebody i know just because i’m color or a white person would kill me or one of my friend like Michael Dunn killed Jordan Davis a 17 years old man shot in a gas  station in Jacksonville, Florida.

What we can appreciate about this writer’s work is how they talking about racism in the whole world with white people killing black people. They writing this because  young black males in the recent years were far risk of being shot dead by police for no reason. This matter to me because this is really happening with the black and white people.