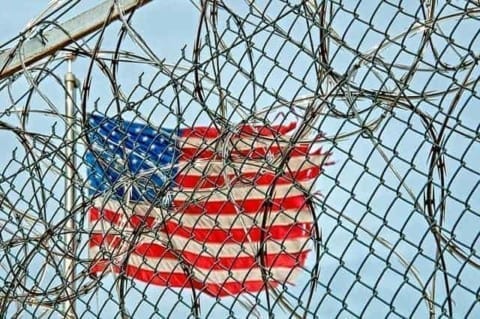 Hello, my name is Christopher Ochoa, I come from South Central Los Angeles, where poverty is common. The place where people are terrified to walk through wearing a certain color. The place where fear rules over the people, the place where your life can be stripped from you within seconds. My father is the only provider for my household like most families in South L.A. He earns more than minimum wage but he himself can not pay two college tuitions and still maintain a household and his parents.

The two college tuitions would be for me and my twin brother.  I understand why the government limits the amount of money they give to students but the government should be concerned about the  people who receive money and misuse it on unnecessary things. If people get into and graduate college, then those people will pay higher taxes which means more money earned and received in the U.S. It is easier for someone to get free food than someone to get a free education. Why not just educate people so they can obtain a high paying job and buy their own food? The U.S government spends more money on keeping criminals in prison than to support them on going to college. In 2013 New York Times said that the city paid $167,731 to feed, house and guard each inmate last year. In order to attend CSU Chico, the annual cost is around $23 thousand, multiply that by 4 or 5 the most you will pay is $115 thousand which is around $52 thousand less. After graduating out of a four-year university it is less likely for you to commit a crime. I feel like the government should acknowledge that college is not an option but an obligation. If this is done then the government should pay more than half of college coast.

The reason for why going to college would be an obligation is because a college graduate earns more money yearly, stays out of trouble and other life skills you learn during college. This is important because when they are done with college they will know how to manage their time, be independent, and make wiser decisions. Now that I am seeing the financial responsibility of college it isn’t easy as everyone makes it seem. If average people get educated they will be more involved in community and state issues like this one. When applying to FASFA it gave me a number of people of living in the house and the amount of income being brought in, if you didn’t fit in that space it should not mean that you have extra money around. I still  see my parents struggle and worry about paying rent, bills, etc… so not fitting in a certain category SHOULD NOT mean that your parents have to spend the money they don’t  have in college, especially if they don’t support you in some cases.

There are many solutions to this but the one that I was thinking about was reducing the taxes used for prisons and used it on making college free; yes people complain about being taxed but they will know what it is being used for. As people that live in the United States, our taxes are being used for many things and one is to house, feed, and guard inmates, so why not used that tax money to educate future lawyers, doctors, nurses, etc. ? I know that any of us would pay taxes rather than get a $10 thousand loan. Most of the people that have graduated from a four-year university all have student loans, why can’t we entirely reduce that?

The way we can reduce student loans is by using a percent of the tax money to make college free. This would keep students in school. I had a cousin that dropped out of college because her parents could not pay for her college tuition. It was heartbreaking to see her drop out because of money. She could have been the next doctor or president, it doesn’t matter what she was going to become, the point is that money is a big issue and a burden for most college students  The prisoners  do not have to pay anything when they come out of prison after they have spent more than four years in there, so why should educated people that can change the world have to?