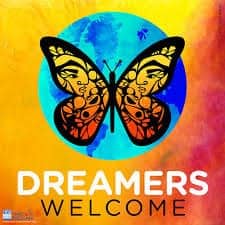 You have now been designated to represent our country; to pridefully lead and protect all of the citizens’ rights. We all are in different situations which cause us to have different concerns and worries.  We are now in your hands and have many expectations for you to make decisions according to these different situations and concerns.

I am a Dreamer and on my way to my first year in college. One issue that personally affects and concerns me is undocumented students. I believe that it is disrespectful for someone who desires to further their education to be deprived from it just because of their ethnicity or nationality. Going to college is already challenging as it is so, why stack up on the students stress with the fear  of financial instability, deportation, and isolation? I believe that we deserve to have the same privileges as legal citizens. We work just as hard and more to obtain what others are born with which sometimes they take for granted.

As a certified DACA (Deferred Action for Childhood Arrivals)  student, like many, I didn’t have a choice in moving from a foreign country to the U.S. at the age of five. Most people don’t realize that being here wasn’t a decision we made. They also don’t take in consideration our resiliency; all the years and hard work it takes to be where we are at, like getting used to new customs, languages, and people.

DACA has definitely brought benefits for us. Some of these benefits include a job permit and deportation exception which expires every two years and is renewable. However, I believe that the government (YOU) can do much more than just these benefits. For example, ever since I considered attending college, I wanted to study abroad, but due to my immigration status, at that point I wouldn’t be allowed. With DACA, it is said that we are allowed to be part of study abroad through Advance Parole. However, this doesn’t assure us re-entry. I personally think it’s unfair how many different ways we can be denied re-entry.  So, if I ever decide to take study abroad through Advance Parole I would be in risk of deportation. It’s like playing a game without rules and then making them as you (the gov’t) go and desire-it’s just unfair

As the President of the U.S. I think your job is to improve our country. One way you can do this is by helping and supporting us, undocumented students. As I move on to college I will be facing many disadvantages and I feel like you have the power to help me and other Dreamers. We are only trying to better ourselves and participate to make our nation better at the same time. We need a change – something that is permanent; that will embrace and protect our rights, and I know you can do it. Thank you for your time and I really hope you take in consideration our situation.