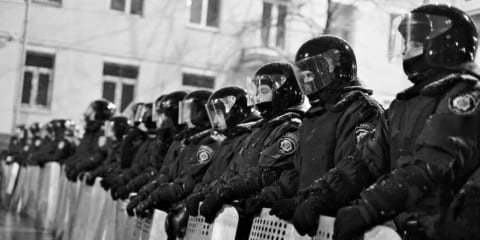 I am student that will soon be attending college in the fall, as I get older I seem to become more informed on the issues that exists in our country. Social media plays a big role in the lives of many people my age, and allows us to easily discover the events occurring in our world both good and bad. We are learning to stand up for situations that have been surfacing and to let our voice be heard.

There are many expectations set as you become president of the United States. We hope you are considerate and coherent when dealing with certain situations. To not only have a voice but to also consider what the nation wants and stands for. To help diminish the racial discrimination that still exists in this world, and to not allow the injustices that have been occurring very often.  The world is far from perfect, there are so many flaws and faults that have been developed within our society. I can name a numerous amount of things that can be changed in our country, the list is endless.

For now a topic that has been talked about for a while now, and events occurring very often is police brutality, police misconduct, and shootings. I understand that we must be set with a limit of our own freedom. I understand that the authority is meant to help and protect us, but what I do not understand is how an individual is able to end someone’s life, and have that be okay to do. Although many protests occurred in 2014 dealing with police shootings, that did not make any difference, instead more people were killed in 2015 than in 2014. Police shootings have caused an uproar across the country, the majority of the people that seem to be greatly affected are people of color. We are seen as minorities, people of color do not have the same privileges as the people that are white.

The authority is given so much more rights, which in some cases is often abused. Reality is the authority should not be given that amount of power, often they find an absurd excuse on which they intend to justify their actions. Not only have shootings occurred where people have tragically lost their life, but police brutality as well. There have been an abundant amount of cases where an officer has been recorded abusing an individual. At this point many of us see authorities as a menace. We live in fear of the ones who are meant to protect us, and that to me is not right. I hope that everyone is heard and actually listened to. We should be able to rely on the authorities and not see them as an enemy.

I hope you take into consideration the thoughts and opinions that will be delivered to you. I understand that if we want change it will not only take time but effort as well. If we all come together as a whole I know many changes can be developed. Good luck, and I hope a many positive changes can be made during your term.

Police Brutality by Cristal is licensed under a Creative Commons Attribution-ShareAlike 4.0 International License.