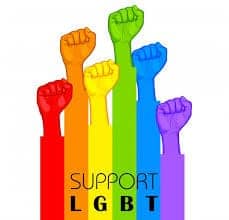 Hello, my name is Autumn Contreras and I’m going to be an incoming freshman here at CSU Chico.  Today in our society, LGBT discrimination is a major issue. It has finally become legal for all LGBT people to get married in the United States. I categorize myself in the LGBT even though we shouldn’t have labels for anything or anyone. While growing up, I have been bullied for being a lesbian. Everywhere I have been in my life, I have been judged and looked down on because according to some human beings in this world, who I love can only be man. When you like the same sex as you, or wanting to be the true you is wrong and shouldn’t be allowed. For Example, I had recently just came out to all my friends and family. What I’m trying to say now, I don’t see the other half of my family because they disowned me for just trying to be happy about being the true person I am and not having to hide who I love. I just want to be myself and actually be defined as normal.

Recently a mass shooting happened at a gay club, in orlando florida which killed 50 people who label themselves in the lgbt community.  It was like half the world cared and the other half was so happy. They said that we need to get rid of gays and be normal world. How is the world not normal? People see us as evil. They judge, hurt and tear us right down. How are we the evil ones? Not too long ago, in some states they were banning LGBT from getting married or even using the bathroom that transgender people wanted to use because they felt safer using the one of their birth sex.

I do have to admit that our generation has gotten better with fully accepting the LGBT community than back in the 1900’s. It was life or death if you were out back then. I just think we have gotten so close to fully and truly stop hate for the LGBT community, but the past keeps grabbing the society and making us want to close the door. We fought for our rights for so long. It tears me up inside knowing how long the LGBT have been fighting. Don’t you want our world peaceful? No more hating and no more of the normal love. I know having a society who accepts everything and every one is the world’s missing puzzle piece. This topic is something very important to me, that you and the world needs to know.