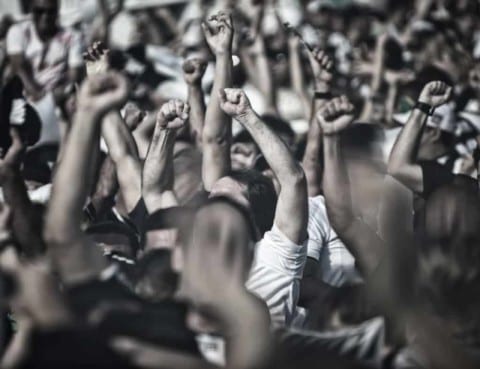 I’m not too fond of you since I wanted Bernie Sanders as president. But I hope your presidency can benefit the American people. I am a one of those American people you will be affecting in this country, so I am writing this letter to inform you on what I’d like to see happen during your term.

One issue that should be addressed is taxing the rich and getting back to wealth equality. For the top 1% having more wealth than the bottom 99% is outrageous. Something must be done about it. Taxing the rich is one of the main components that can benefit and grow the economy. The middle class is continuing to collapse and this is a concern to me since, I am a part of that class and so is my family. With my family being a size of 6, it can get very difficult at times to have food in the fridge or get materials we need. With taxing the rich, it can help the social class become equal.

My second issue I have become aware of is to demilitarize and using less force than necessary in the police force. This is not Vietnam, Iraq, or anywhere that is in a time of war. There is no need for police to be using military tactics against civilians. Numerous deaths have been due to police brutality. For example, Sandra Bland somehow committed suicide in her cell? That makes absolutely no sense as she was a strong black woman who had no intentions of suicide. The excessive force that was used on her was not needed. Another live that was taken was Eric Garner. A police officer used an illegal choke hold on again, a civilian!! This is not what America is about. People should not be afraid of the police. They should be able to be comfortable with the police and not have the feeling of, “oh am I going to die or get arrested right now?”

My final issue would be gun control. Such a touchy and controversial topic but it must be addressed. If a person is on the no-fly list, there is no way they should be able to obtain guns. Numerous mass shootings have occurred in America and still nothing is being done. The shootings in San Bernardino where 14 people died and 22 were injured. Or just recently, the shootings in the Orlando club where a record of 49 people were killed and still, nothing is being done. So President, I made this my last topic because I want it to be the last thing you read on this letter and hopefully it’ll be in your mind. Not only have there been shootings out in the public, but also in school facilities. Columbine shooting, Virginia Tech Shootings, and Sandy Hook are just some examples of major shootings due to gun violence. And for no action to be taken is horrible. Senators in Congress recently had a sit-in until they got a vote, sadly it was unsuccessful, but those are the risks that must be taken in order to be heard. I strongly encourage you Mr./Mrs. President to pass a bill to do something about this.

I have stated my greatest issues and I hope you will be able to do something about them during your term. You weren’t elected President for nothing so I know you will do the right thing and go with your best judgement for the American people. Good luck during your term.
From : A concerned citizen, Angel Gonzalez