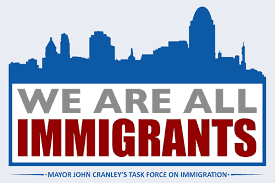 My name is Marco Acosta and I Am an Immigrant.

The topic about Immigration has been a problem lately. It was a big topic during the presidential election and it’s still a big topic today.  People from all over the world  come to the United States because it is known to offer freedom and opportunities. But how are people suppose to come to the US if they’re looked down upon ? in today’s society there is a big controversy around immigration on how its bad.  How can we fear foreign newcomers when immigrants themselves contribute to the US. economy?

When I was two years old my family immigrated from Sonora, Mexico to the United States. The reason being they wanted to provide me with a better future and better education. Even though immigrating to the US opened a lot of doors, it also brought challenges. Yes the US gives you opportunities and freedom, but only to a certain extent. Immigrating to the US gives you a shot at the american dream, a chance to live a better life, but what people don’t know is that is not as easy as it seems. Jobs are hard to come about because in order to obtain a job you need a social security number which most immigrants don’t have.

Another reason why we should worry about immigration is because in 2014 1.5 million foreign individuals immigrated to the United States and the numbers keep rising as the years go. Now that’s a lot of people. But what is happening is that we are not doing enough to support our immigrant population. We say that there’s a lot of outside help immigrants can receive but not every state offers the same help.

Being a Country that was build of immigrants i think that we should treat them as if they were citizens it might not make sense but think about it. They contribute to the economy by taking any job for example picking crops this allows us to have better service and cheaper food and they pay taxes. It is said that immigrants paid 11 million dollars to social security alone. So why is it that immigrants are seen as a threat ? we are all human, and all we  want is a better future.