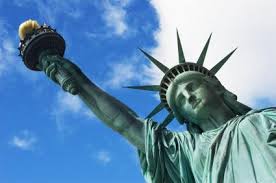 I’m from a place where very slight to no motivation is given towards many groups of residents such as undocumented, gays, blacks, or special need. They are mistreated and abused by police leading to cases of brutality. We are all defined as “minority”, are we really? If we stand together we are also a great backbone to the solution in this country. When members of these so-called minority groups need assistance they don’t seek it due to intimidation of being locked up or sent back to their home land. We need to find a solution to end this corruption. Without even looking at statistics, and only focusing on logical sense you can imagine how many undocumented have cases they report, but due to their legal status they are hidden from the public, and are never heard of. Growing up not only raised by immigrant parents, but also being one, and becoming a Dreamer at such a young age you learn to really appreciate what we have. I know that I can not speak for everyone, but in general, we are all here to have a better future, secure a future family and economic base to stand upon. We are not criminals, in fact, we, in general, may have more respect for the society we live in that the ones who are legally here, and don’t appreciate or take advantage of the opportunities that they are given. As an incoming president, you shall give the people what they are in need of. In this case equality for everyone including the minority.

Many topics in this country need solutions, and we also have to secure this whole terrorism conflict with Islam. We have lost hundreds of innocents, and other hundreds have been injured, yet this situation only seems to worsen as time passes. There is a known connection between Dzhokhar Tsarnaev and his brother in regards to Omar Mateen. Both of these events were the cause of deaths and injuries. Yes, the government has blamed for this in not taking action during the first bomb attack but we must learn from these mistakes, and change the country. There are many solutions to secure our country, and we can start with the selling, distribution of guns. We also need to have higher quality surveillance cameras in public places where these attempts are known to happen. Going back to my hometown we personally have police on campus during the day to secure the safety of the students. Where I see that the government could do improving is the hours they patrol, besides that we should also take the public places where this all usually happens and have higher military patrol not just city wise. As they do this they should only be allowed to patrol for terrorism threats, and let the local police deal with the rest. It is known that the accidents in the past could have been avoided so when they capture a terrorists, they should really go into detail and depth of the people associated, or mentioned by them. The world can change over a sunset and sunrise but we are always in search of an evolving society, safer communities, residents with knowledge, and thirst for growth in our country. We need someone to guide us through rough times in hopes to find better days.