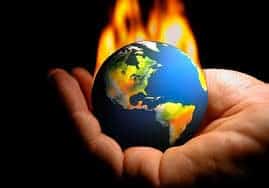 A huge issue we are facing today is global warming. It is one of the most dangerous things that is affecting our countries, cities, and towns. We are all at risk! How can we as humans destroy the very thing that is keeping us alive and safe from the harmful effects of space? This world is beginning to show signs of instability, it can’t keep up with our reckless actions of trying to gain more land and money. It’s bad enough we’re running out of natural resources already. We don’t need to lose our planet over someone’s greed.

Some companies are causing so much deforestation to wildlife, which is seriously harming our planet, It’s not just the deforestation ether. The rise in tides around the world is another major crisis we are facing! Each year the sea rises at a minimum of  0.13 inches, which is roughly faster than the the preceding 80 years. Every year it costs the United States 100 billion dollars to battle against climate change, crop loss and rising sea levels.  Another fact. Losing crops is definitely a bad thing, but due to global warming, we created the greenhouse effect. The greenhouse effect was made by trapping the sun’s radiation in the lower atmosphere where infrared radiation emitted from the planet’s surface.  By doing this we’re able to grow crops out of season.  That is clearly a benefit we’ve gained, but it’s at the risk of potentially drowning our planet’s surface and heating it up to critical conditions of which we nor wildlife can survive.

The U.S consumes about 84% of the world’s fossil fuel. Fossil fuel is a major industry. We use it for cars, airplanes, power electricity, plants, and heat for our homes. They are also used to make medicines, cosmetics, plastics, synthetic fabrics, and lubricants. When you brushed your teeth today, you used a product made from oil toothpaste. If you think about it, the world runs on fossil fuel! But, that’s not a good thing. The use of fossil fuel is harming our planet, which is why we have global warming.

If all  major countries started using organic products and solar powered electricity, we could considerably drop the effects of global warming. By doing so, we can halt the rising sea levels and save the U.S billions of dollars. Such a large amount of money can then be used for other important matters, such as, healthcare, schools, poor communities, and increasing minimum wage. By doing these things the government may be able to fill two needs with one deed.

I don’t know how long it will take some people to realize we need this planet and it’s resources if we mean to survive longer. Continuing this path will ultimately lead to our extinction. I like this planet. Do you? If we can’t keep this planet healthy, then do we really deserve it?