Free Healthcare For All 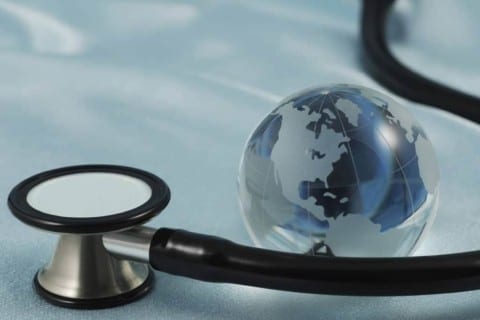 As a student volunteer at Oroville hospital, I realized that many people resides in and visits the hospital. Even though a lot of us don’t get sick or get into accidents often, the other half of us do. However, medical expenses are so high thus a lot of us struggled to or couldn’t even pay the bills. I am worried about this issue because I am aware of the negative effects it has on our country.

A reason why this issue matters to me is because my older brother had gotten really sick once. There was something wrong with his digestive system and he had to get surgery for it. After surgery, he had to stay in the hospital for a while to recover. The expenses for his stay and the medical attention were high but we were lucky enough to have our bills paid by Medicare, something that not a lot of people have or are eligible for. Can you imagine how stressful it’ll be for someone who had gotten into a car crash and made it out of surgery alive only to find out that they have a humongous bill to pay off? It will be horrible news for them.

I know that many others have gone through similar experiences as my brother but didn’t have health coverage and wasn’t able to afford the expensive health care that they needed. I am also aware that our last President took a step towards improving this issue with the Affordable Care Act but it’s simply not enough. Even though it did increase the amount of people with health coverage, it also caused Health Insurance Companies to spike up the prices of their health plans that doesn’t even cover everything.

I hope that you would take an even larger step and fix this situation that we are all directly or indirectly affected by because no one should be turned away from medical attention for a reason like not having enough money. A doctor’s job is to help better people’s health conditions, but since their pay system is structured so incorrectly it results in our healthcare system being flawed. I am sure that everyone who has gone to see a doctor knows how long the wait can be and how short the meeting with the doctor is.

When I go to the doctor, for example, I would usually have to wait an hour or more just to get called in. Then I would have to sit in my room for about thirty minutes before the doctor actually comes in and the doctor will be in my room for like fifteen minutes, sometimes even less, because he/she’s trying to get through as many patients as he/she can. As a result of this rush, I would sometimes not get the medical care that I needed and end up having to come back again. This is something that had only happened to me once but I’m positive it has happened multiple times to others and maybe even on a more critical level. As the new president, you should make it so that all the doctors’ pay reflects on the amount of patients they were able to successfully help and cure instead of how many patients they saw in a day or a week.

We are a very well developed country but why is it that we can’t even provide free healthcare for ourselves? Why is it that many other countries like France and Germany can provide universal healthcare to their people but the United States can’t?  In comparison to other countries, we spend the most on healthcare yet not all of the people in the United States even receive health care. This situation matters so much because our people aren’t being properly cared for. We are prioritizing money over the health of our people. I ask that you, our new president, would care about the health of all the rich, poor, and in between. If other countries could successfully provide it to their people, I’m sure you can make it happen for us too.

Tags: free healthcare health Letters to the Next President

Free Healthcare For All by Julye is licensed under a Creative Commons Attribution-ShareAlike 4.0 International License.