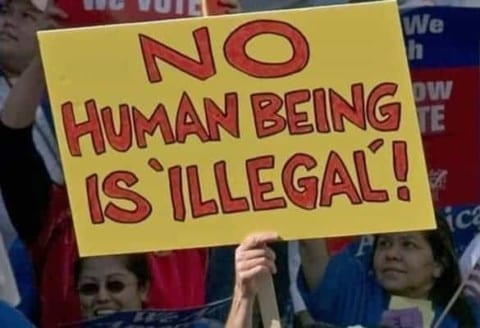 Dear Future President,
Even though we have no idea who you’re going to be, I really hope you keep all the promises you’ve made because the hope of every single person in this country is in your hands. You are the one that can fix the problems in this country and better the lives of millions of Americans, especially for immigrants. Immigrants are the ones that are impacted a lot by one of the biggest issues in the U.S., deportation. The deportation process is a big issue in the United States. It is a very costly process, not only economically but also costly for the families that lose their loved ones. Children and young teenagers from all different countries have to suffer separation from their parents due to deportation. Both my parents were once one of those 11 million immigrants in the United States and just the thought of me and my siblings being separated from them was one of my biggest fears. Most of the immigrants here now come to this country to work and have a better future in their lives, not only for them but for their children as well. The cost of deporting every single immigrants back to their home country is very high cost. It is estimated that the U.S. government would need 400 to 600 billion dollars for the whole process.

A solution that can decrease the cost of the deportation process and make a difference in this country could be deportation forgiveness to all immigrants that are already here and also don’t have any problems with the law. Most of immigrants are here to do the right thing for themselves and their families, something that probably can’t be done in the country they come from. Americans here in the United States always complain that immigrants only come into this country to take their jobs, but that isn’t nearly close to the truth. Immigrants come to this country to fill in open jobs that Americans will not do. They take on though and dangerous jobs at low wages just to give their families either here or back home the hope to strive and prosper.

I believe that Immigrants contribute a lot in the United States; not only do they contribute economically but they also bring different types of cultures from their home countries for other people to be a part of and enjoy. Immigrants bring food, religion and different types of beliefs. Immigrants should be able to have a better quality of life not only for themselves, but also for their families and loved ones. I really hope you do what is best for the people because we are all counting on you to make the United States a great country.