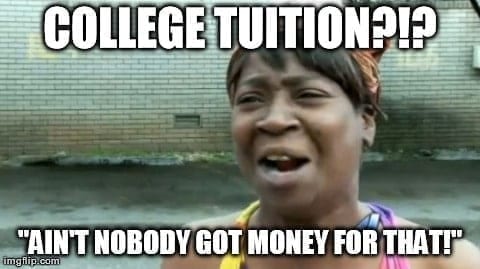 Please take this topic into consideration; College tuition has been a huge controversy since it was first enacted into colleges and universities in the United States. The big question is, why do we have to pay college tuition wherein other countries like Slovenia and Germany, there is no cost of attending college there. College free tuition will allow more students who actually want to go to college to not worry about getting loans to where one is in debt for 10-20 years after college.

Riots and movements have initiated due to students being in debt and well, just the cost of college tuition. On November 12, 2015 not to long ago, college students across the country rallied to protest student debt at the Million Student March; in total 115 colleges were expected to participate in the rally. Their demands were that they wanted cancellation of all student debt, tuition free public colleges and a $15 minimum wage for campus workers. I am gonna be a freshman in college and I have came to realize that I am going to be in debt after I leave college. I don’t want my younger sister, and many other upcoming college students to go to college and worry about being in debt. The United states is the richest country in the world and yet students have to take on a debt in order to get a college education. I hope you think about all the lives (students) you will change in a positive way if you do decide to take action against college tuition and abolish it once and for all.