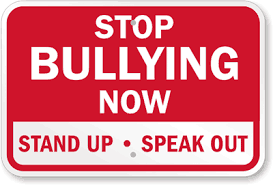 In today’s world kids go through many hardships they constantly face the challenge of the real world. But there is one thing you can help prevent. That is the gruesome reality of bullying. There are many cases of bullying here in the U.S. Most people don’t realize how big of a problem this is. There many types of bullying physical verbal, it even happens on the Internet. Cyber bullying is very popular since most teens and pre-teens have cell phones or access to the internet. The National crime prevention center statistics state that over 40% of all teenagers with Internet access have reported being bullied online, and fewer than 1 in 5 cyber bullying incidents are reported to parents or law enforcement. On march 14, 2013  a girl by the name Cynthia Sanchez after year of getting bullied online by her peers. On the internet they would tell her to kill herself and give her ways on how to kill herself she suffered from depression which lead her to hang herself. She was only fourteen. It sad how bullies caused a young girl not want to live the rest of her life and ended her life early. Cyber bullying isn’t the only type of bullying physical and verbal is also a major issue in our society.

Most of the physical and verbal bullying occurs in school. On January 12, 2014  a girl by the name of Amanda Diane Cummings, a fifteen year old girl jumped in front of a bus in attempt to kill herself. She carried a note that stated that classmates were constantly teasing her and stealing her belongings. While she recovered in the hospital classmates posted cruel comments on her Facebook page. Even tho she didn’t commit suicide she still attempted it. All because of some heartless people we call bullies. There are way too many incidents like this one. Bullying is getting in the way of students education. How is a victim of  bullying suppose to concentrate on school when they are worried about getting bullied.

According to the indicators of School crime and Safety, about 28% of students ages 12-18 in the United States reporting being bullied during the school year. It is also reported in the CDC’s youth risk behavior surveillance report. That on average across 39 states survey 7.2% of students admitted not going to school for safety concerns. Bullying is affecting the victims of bullying in their education. Instead of feeling safe and ready to go learn at School, they wake up scared and worried about what the bully is going to say or do. Like the U.S secretary of Education  said  “ Students cannot get a quality education if they first don’t feel safe”    Bullying causes depression, Bullying causes people to feel left out , Bullying affects education, and in some cases bullying causes death. Bullying has happen too many for too long. So future President help the cause on making this major issue irrelevant.