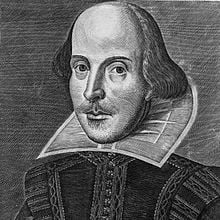 Even though this line is very short it has a big meaning and even multiple meanings. When Shakespeare wrote down these words and combined them into the sentence above it doesn’t just say a question to Desdemona but it also show foreshadowing as of Othello is about to kill Desdemona. She doesn’t see the foreshadowing as the audience do because Desdemona does not know what’s going on in Othello mind. But the sentence that Othello say to her “have you pray’d tonight Desdemona?” Give her a hint on what’s going through with his emotions. The word “pray” carry a lot of meanings it could mean as if someone is praying for help, peace, or in this case Othello will believe that Desdemona is going to pray to be okay with god and have her soul prepared to go up to heaven. Othello shows that the Evil (black vengeance) has (arisen) from below when he asked Desdemona the question of pray. If shows how Othello has changed from a form of peace and humbled some will say it’s the (black magic) that has wore off or he has run out of and now his real side is showing. This all goes back to the theme reality vs appearance, in reality, Desdemona don’t need to pray she didn’t do anything wrong and she was honest throughout the play but the appearance to Othello is that Desdemona has been cheating and being foul next to him and not honest, appearance can play a big illusion and make reality seem the opposite of what it really is.