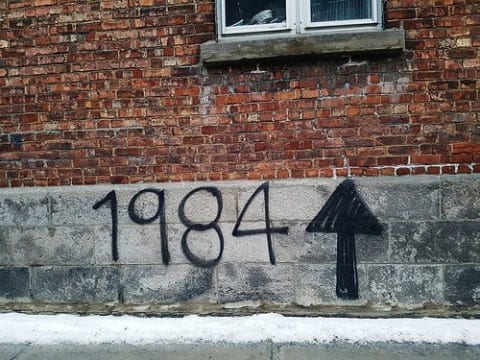 Orwell uses imagery to spread the message of how to be comfortable with being a real woman. Winston and Julia are in the room that they both rented where they cannot be seen or heard by the Party. Julia asked Winston to turn around because she got a surprise for him and when he turned around he thought she would be naked but not instead she was wearing makeup. Julia mentions, “yes, dear, scent, too. And do you know what I will do next? I’m going to get hold of a real woman’s clothing from somewhere and wear it instead of these bloody trousers. I’ll wear silk stockings and high-heeled shoes! In this room, I’m going to be a woman, not a Party comrade” ( Orwell, 142). The author addresses visual imagery in this piece of evidence because since he says, “I’m going to be a woman, not a party comrade”, therefore, in this situation when other woman see Julia wearing makeup,  they will try to adapt that and I think they haven’t done that because they are scared but now after Julia give the example many will follow it and do the same as Julia is executing.  Orwell uses visual imagery as well because in Airstrip One people only use trousers and, there is no difference between a man and a woman but now as Julia start wearing makeup we can identify that she is a real woman. Since Orwell says “I’m going to be a real woman,” makes us think that feminism plays a big role because we know that some people may say that a stereotype of the woman is that all women use makeup, but in this quote, it says another point of view. Here female characters are depicted as weak because they are scared. They cannot wear makeup because it’s against the law and culture. But now Julia talks about how she wishes to change this point view and, she wants to be a real woman. A woman that can do whatever she wants and not ask anyone for permission. Now Orwell depicts Julia as the powerful because now she can do what she wants and not be afraid because both of them knows they are safe even though for a certain amount of time. The tone of this text is bitter because how can a woman is not allowed to wear makeup and is also angry because when the reader reads this they will notice that the message is not to hide what you really want, if you feel comfortable with this,  just do it without asking permission and at the end gives us a sense unfairness.

Dear Walter, I am very interested in your understanding of the book 1984 and I really loved your last sentence. I just found it so interesting how you dissect what he is saying in the book with the last couple lines of your post , really that is all the book is about is the simple way that you cant be yourself in order for Big Brother to remain in total control.