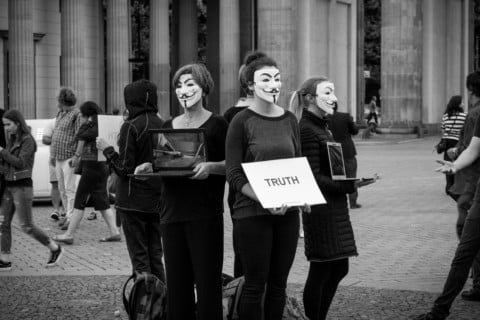 Recently, I read 1984, by George Orwell.  I appreciated this book. I thought that the way it described human nature and power structure was very informative

The protagonist is Winston. His story is set in Oceania, specifically Within the boundaries of “The Party.” The significance of Oceania as the setting is that It is a communist area and everybody’s actions and even thoughts are controlled by the state. The significance of the setting shifting from Oceania to the prison and room 101 is that In the prison the protagonist is stripped of whatever little humanity he had left and turned into a robot that obeys the state. In the outside world, he is a rebel but in the prison, he is just another mindless obedient member of the party

Winston faces certain forces and pressures. He is forced to confess crimes that he commited or didn’t commit (it is of no importance). He meets these forces and pressures by deciding to rebel and fight back with logic. You can see this early in the story on page 22.

The tension rises when Winston is sent to room 101 to confront his greatest fear. This might leave a reader feeling nervous. Winston’s greatest fear is rats and he is put in a room with hordes of them attacking him.

The story climaxes when Winston is shot and realizes that there is no running from the party and truly is twisted in loving Big Brother. “The struggle was finished. He had won the victory over himself. He loved Big Brother.”

The falling action ultimately resolves the conflict. He is put at peace with being stripped of his humanity. It may not be happy to the reader but for Winston it is his only hope of peace. It’s Winston vs the society he was born into. It is a story that is a reminder that freedom is one of our great privileges. War is not peace. Freedom is not Slavery. Ignorance is not strength. Our humanity is not a given and we have to fight for it.

Honestly, I did not read 1984 but I always heard that it is a great book and I have been interested in it a lot. So reading your post about 1984 was great and especially your post is really well-described about the whole idea of human nature and power structure was intriguing. The part that when you said, “He is put at peace with being stripped of his humanity. It may not be happy to the reader but for Winston, it is his only hope of peace.” was very interesting because it really shows what the book was focused on. It did not focus on the typical “happy ending” where everyone is happy but rather found its own happy ending that is realistic based on the background setting of the book. Since it is a theatrical story, it may be hard to relate it but I think you should check this article out! It is connecting 1984 and our modern society which I hope you are interested in and hopefully, you can have a broader viewpoint.
https://theconversation.com/what-orwells-1984-tells-us-about-todays-world-70-years-after-it-was-published-116940

Dear Leo:
I am interested with your post, “1984 plot analysis,” because it is a perspective of someone that you don’t get often.

One sentence you wrote that stands out for me is: “I thought that the way it described human nature and power structure was very informative” I think this is important because you get to see the power that people have over others in different countries.

Another sentence that I seen was: “he falling action ultimately resolves the conflict. He is put at peace with being stripped of his humanity. It may not be happy to the reader but for Winston it is his only hope of peace. It’s Winston vs the society he was born into. It is a story that is a reminder that freedom is one of our great privileges.” This stood out for me because you can see that he gave up on fighting the whole country.

I do agree with you that freedom is a privileges. One reason I say this is that in some countries leaders control the media. Another reason I agree with you is that in america we can say or do what we want and not be silenced by the government but others in other places do not have this privilege.

Have you seen that in north korea the Internet is not accessible to the lower class. ? I thought you might be interested in this because of the book you have read, north korea doesn’t let people talk bad about their leader.

Thanks for your writing. I look forward to seeing what you write next, because of the types of books that you have shared. -Alex C