Nothing to Lose in Iran

Home Nothing to Lose in Iran 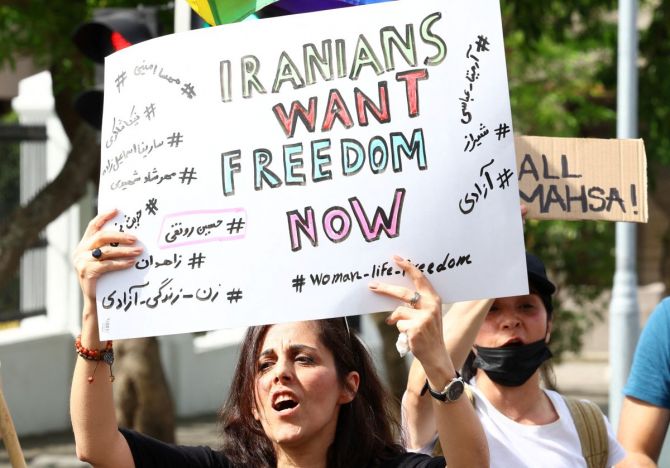 In the article, “Nothing to Lose” (Upfront, Smith, 2022 subscription required) I learned that the people in Iran have been protesting since September of this year due to the death of a woman who supposedly went through re-education of religion by the police. They have decided to protest because they know how difficult it is to make a change and they hope their leader listens to their outcries. The strict enforcement of their religion in Iran isn’t the only problem that they face. Iranians have very limited freedom and is more challenging for women with their strict dress code. The economic crisis that they have had since 2018 is just another reason for them to begin these protests.

What do you think needs to happen for the Iranian leaders to make a change?
0
Please leave a feedback on thisx

The problems that Iran is currently having is making it very hard for its citizens to continue living in a place that they know isn’t going to change. Its very saddening that the strict dress code of their religion has lead to the death of a young woman. I couldn’t imagine what it would be like living in Iran at the current moment with all the problems they are having like the economy. My hope is that if their supreme leader doesn’t listen to his people then at least he will listen to the words of other leaders.