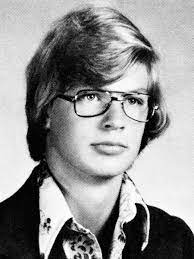 In the article “Jeffrey Dahmer, Crime Library” (Crime Museum), I learned more about the case of Jeffrey Dahmer and what crimes he committed throughout his lifetime. Throughout the span of 1978-1991, he murdered 17 males and did horrible things to them. He would rape his victims, dismember them and eat them. He claimed that he ate them in order to “feel that they would always be with him”. His childhood was very rough on him which sometimes can lead to them becoming this way. This case was very shocking to the world when this case came out, sometimes Dahmer would add acid to his victim’s brains in order to make them into “zombies”.

What are your thoughts on this case? Do you think he should’ve gotten the death sentence?
0
Please leave a feedback on thisx

Although this case happened many years ago this case is still very shocking and “fresh” to the world because of the new series that came out on Netflix. I do not recommend watching this series if you get frightened and disgusted easily. Dahmer was sentenced to 957 years in prison for his crimes. All of his victims were males and one was a 14-year-old boy.

dear kimberly i am satisfied with your introduction because its really on point and interesting. one thing i learned from your writing that stood out for me is “In the article “Jeffrey Dahmer, Crime Library” (Crime Museum), I learned more about the case of Jeffrey Dahmer and what crimes he committed throughout his lifetime.” I think this is confusing because you were supposed to write about native Americans but instad you wrote about jeffrey Dahmer. your writing doesn’t connect to my own because i wrote about native Americans and wrote about something wield.