Piper Lewis and the injustice

Home Piper Lewis and the injustice 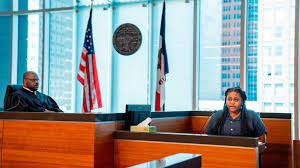 After reading “Iowa teen who killed alleged rapist ordered to pay $150K to his family” I believe that victims of sexual abuse who are in an active situation where they are going to be assaulted should not receive a punishment. The victim Pieper Lewis, age 17, was a victim of not only the justice system. She experienced abuse in her household and was forced runway in order to escape the constant abuse she received. She became a victim of one of the most widespread, heinous, and traumatic human crises across the globe, human trafficking. She was led to commit murder against her abuser when she was being held in a sex trafficking. She was held captive for weeks and held at knifepoint. The article states she did it “in a fit of rage.” I do not agree. Piper Lewis defended herself when she was raped again.

She should not receive a sentence, she should receive treatment. She acted out of self-defense against her rapist who was keeping her captive and constantly sexually assaulting her for weeks. She had no other choice if she wanted to survive. She is facing up to 10 years for each charge and probation for 20 years. Her choice to fight back against the man who abused her caused her so much physical, emotional, and mental stress, pain worry, and being active in the situation of captivity caused her actions to lead her to murder. It was not in cold blood, it was in self-defense. This case is not a reflection of justice and this girl was failed by every system dedicated to protecting children and victims of abuse and was lead to these actions.