Looking for the truth about Islamophobia

Home Looking for the truth about Islamophobia 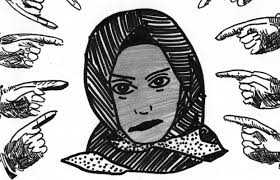 Many can agree that this election has been a complete flop when it comes to talking about solving this country’s issues. However, one topic that seemed to come up is “radical Muslim terrorism.” While there are many attacks that have occurred over the past year, Donald Trump has made it clear that America should fear every Muslim.

The CNN article “The Secret Costs of Islamophobia” states that while there have been many terrorist attacks, extremists remain to be outnumbered 10,000 to 1. The amount of coverage radicals have gives attention to the wrong type of people. In addition, Islamophobia does not just target Muslims.

According to “Eight ways Islamophobia Operates in Everyday Life”, any south Asian and African heritages can be and have been targeted. This issue has gotten out of hand and there is almost no possible solution to filter out the bad without putting everyone in a certain mold.

The truth is, even though there are a lot of horrible crimes being committed, the  good in this world out ways it. We just focus our attention on the downside of things.

Tala, i like your topic about Islamophobia because it’s talking about muslims being treated badly because of 9/11 and other attacks that happened. One sentence that stand out to me was “Donald Trump has made it clear that America should fear every Muslim” because I’m a muslim and even though I didn’t do anything to anyone people still judge me about 9/11 and trump is making it worst by blaming muslims and banding them from coming to the U.S.

Do you think the comments made by Trump have helped or hurt this idea of Islamophobia?

I do not believe that Trump’s comments have worsened or bettered the idea. But I do think it helped Islamophobia gain popularity.