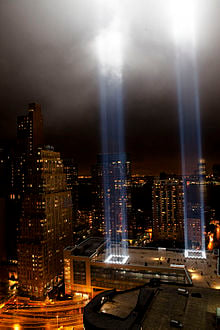 In the article ¨Rememoing 9/11, Twenty Years Later¨ (McGraw Hill), in this article I learned that many people died in the fall of the Twin Towers and the Pentagon. Around 3,000 people died that day which is super incredible and surprising to me. However, it was a sad event that day, as the attack was surprising to everyone, with no warning of anything. Many people left home without knowing that they were going to return, and others hoped to arrive safely at their new destination without thinking that they would not arrive either. The truth is super sad but real, also that same day the war against terrorism was declared. Today after 20 years this war against terrorism still continues. On the day of the fall of the towers they also announced that on September 10-12, 2001, six silences were to be observed. Each silence was dedicated to: “one for when each of the World Trade Center towers was struck; one for when each of the buildings fell; one for the attack on the Pentagon; and one for the accident of Flight 93 in Pennsylvania. “This in order to always remember that day that marked the United States for all its history.

What do you think about this event and what may happen?