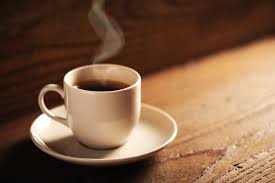 Coffee has been a researched topic for a long time and it contains to be researched. A while back coffee research held many negative effects. According to the Mayo Clinic  it was said that coffee had direct correlations with things such as increasing and causing heart disease, cancer, and the ability to stunt ones growth.  However, it is not said that coffee instead can help protect against type 2 diabetes, liver disease and cancer, Parkinson’s disease, and a decreased risk of depression. So, how could these claims be so drastically different? Well in earlier studies researchers were not taking into consideration the other things coffee drinkers were consuming. Back then coffee drinkers were more likely to smoke too, so a lot of these claims could actually be linked to the effects of smoking or the effects of smoking and drinking coffee (not that those necessarily have a correlation.) And the same goes for being inactive.

authority nutrition reiterates many of the claims the Mayo clinic makes. And overall makes the claim that the long term effects of coffee are beneficial while some short term effects can be negative. Authority Nutrition also goes into detail about the nutrients coffee contains, things like Vitamins B2, B5, B1 and more. Nutrients is usually something that doesn’t come to mind when thinking about coffee, but it is definitely beneficial.