Drugs & Gangs in the Oakland Community 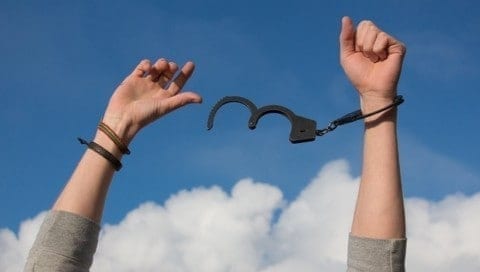 In the Oakland Community

What are some activities that affect your community? Is it drugs? Gangs? Or maybe even both? You may think that this blog will be all about gangs or drugs being terrible, but the truth is through interviews with Oakland residents, they gave their opinions on both sides. Let’s learn more about their opinions and the reasons behind this. The truth is that both gang and drugs play an equal part in Oakland.

“Life can take you higher than drugs”

As I interviewed a female resident of Oakland, California who asked to remain anonymous I asked “What kind of things pop into your head when you hear the word drugs?” she replied with a basic answer “Speed (Amphetamine), meth (Methamphetamine), xanax (Alprazolam), ecstasy (MDMA), coke (Cocaine), and of course weed (Marijuana), I know more but it’s a really long list” (Personal interview). This quote is telling you more about what certain drugs are well known by people in this era. Now the second person I had interviewed was Benji Avalos, I asked him this question,  “What are your opinions on drugs?” His response was “It is not a horrible thing to be doing depending on the drug, like weed (marijuana) since it is not an addicting drug. Whereas in heroin is a lifelong addicting drug.” (personal interview). This is important because he’s giving his opinion and knowledge on how addicting certain drugs are. Since not all drugs are addicting it is supporting my claim on how this is not as effective as heroin. Felix Mitchell, born August 23, 1954 in Oakland, Ca was a well known heroin drug lord with connections throughout California and Detroit, Michigan. He built an empire of heroin by the early 1980’s using the 65th and 69th avenue San Antonio Villa housing projects as his centers of operation. Mitchell was gaining $400,000 to $1million dollars a month in drug-related income. He wasn’t all that terrible either for he donated time and funds to local youth centers and community programs in Oakland. This supports my evidence because he is a popular drug lord and because of him selling drugs it had damaged most of the community in Oakland, since they getting involved with this bad habit.
Gangs:

As I interviewed the unnamed female when asked this question, “Have you seen drugs being involved with gangs?”  she exclaimed “Yes, because people in gangs get drunk and do drugs”(personal interview). Now when the same question was asked to Benji Avalos, he indicated “I wouldn’t say all gangs have to do with drugs but a good amount of them rely on drugs as a source of income”(personal interview). This is supporting my claim because it explains on how both of them kind of ressemble in a way.  Both the interviews stated that gangs had at least something to do with drugs. Back to this famous drug lord Felix, he was not only a drug lord he was also the leader of the notorious gang. When he was a teen he decided to assemble a group of criminals and named them the “69 mob” with m.o.b meaning “my other brother”.  With the mob being involved in drugs and all they of course had rivalry, other gangs wanted to control the bay area’s heroin supply. These gangs included: Funktown USA(leaded by Harvey Whisenton), and The Family(leaded by Mickey Moore) with this conflict was frequent as so was violence. The 69 mob and The family had an ongoing war which in the course of three days police had uncovered six murders. This is basically saying that Oakland was taken over by gangs, with most of the gang members doing drugs that didn’t only affect their lives but the lives of those who are their family.

In conclusion, drugs and gangs have taken over my community because my uncle has already been affected by the drugs and gangs in Oakland. He was friends with gang members and they once had a party and they pressured him to do drugs which affected him terribly because they decided to mix them up. He is now in a mental facility trying to recover. This did not only affect him but it has also affected me, so when thinking about doing drugs keep in mind you are not only damaging yourself but those who are close to you.